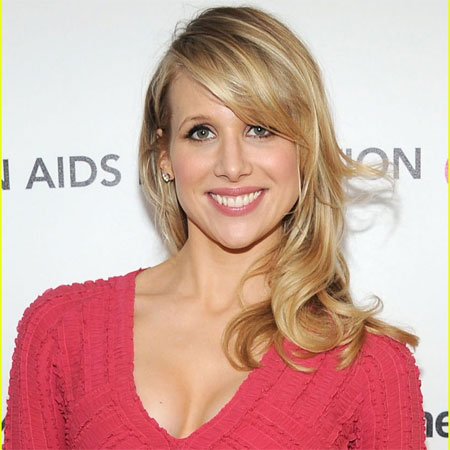 Lucy Punch was born on 30 December 1977 in London, England.Her sibling include of a younger brother. Other than that, much of her family background is unknown. She is British.

She educated privately at Godolphin School and then Latymer Upper School. She performed with the National Youth Theatre from 1993 to 1997 and began a course at University College London before dropping out to become an actress.Her first onscreen acting credits included appearances in a number of TV movies and shows including a featured role on "Let Them Eat Cake" (1999), a short-lived spin-off series starring the famed comedic duo, Dawn French and Jennifer Saunders. In 2004, Punch became a series regular on the sitcom, "Doc Martin," which followed a socially inept surgeon (Martin Clunes) who moved from his high-profile London clinic to a small seaside town. She played his wacky receptionist who sported long, pink dreadlocks. Roles in comedies like "Being Julia" (2004) as an aspiring actress and "The Life and Death of Peter Sellers" (2004) showcased Punch's natural comedic skills. She then landed a lead role on the sitcom, "The Class," as a successful TV reporter who, at a reunion years later, confronts her high school crush who had revealed to her that he was gay during their prom date. After the series wrapped up, Punch starred in the hit buddy-cop comedy, "Hot Fuzz" (2007).The year 2010 was a banner one for the talented actress, whose career suddenly went red hot with starring roles in several big-budget Hollywood movies released that year. As a sexy, lunatic party guest, Punch was the breakout star in the comedy, "Dinner for Schmucks," opposite Paul Rudd and Steve Carell. She also impressed as a carefree ex-prostitute who married Anthony Hopkins' character in the drama, "You Will Meet a Tall Dark Stranger," written and directed by Woody Allen. Punch's character was originally meant for Nicole Kidman, who pulled out of the movie due to scheduling conflicts. That same year, Punch starred on the comedy series, "Vexed" (BBC2), about an unlikely pair of detectives who spend more time on their personal dramas than in solving crime. She tussled with Cameron Diaz' character for Justin Timberlake's affection in the romantic comedy, "Bad Teacher" (2011), also featuring Jason Segel and Eric Stonestreet.

She was reportedly dating James D’ Arcy since 2002. Reports from the London Daily News on March 21, 2014 suggested that she secretly got married. It seemed that Lucy married in the presence of family and intimate friends only, thereby creating less fuss but quite a stir.

Body measurements, Net worth and salary