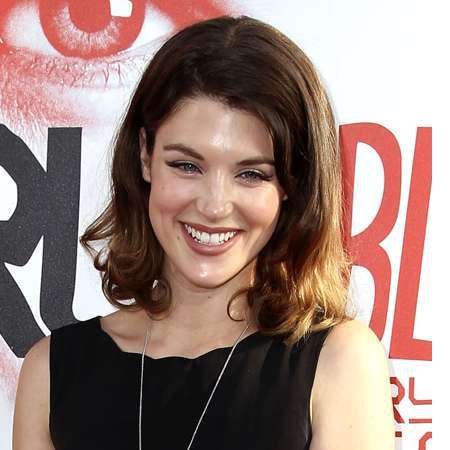 Lucy Ursula Griffiths (born 10 October 1986) known as Lucy Griffiths is an English actress who is mostly known for playing the role as Nora Gainesborough in the series, True Blood and as Lady Marian in the series called Robin Hood.

Lucy Ursula had a recurring role in season 2 as well in 2007 but her character was killed in the final episode. Between, there were some news about her leaving the show to pursue her career in acting and some other sites said that it was written in the script but Lucy returned after a year later in the series finale as an illusory vision of Marian. In 2009, Lucy debuted in West End in the play Arcadia.

Lucy Ursula also appeared in drama named Collision. The following year, Lucy starred in a British TV movie called U Be Dead as Bethan Ancell and the same year, Lucy starred in the drama, The Little House as Ruth and also appeared in a tv series called Lewis as Madeline Escher. In the year of 2011, it was announced that Lucy would cast in the CW zombie pilot called Awakening but the show did not go on. She also starred in the film called Billboard. Lucy played the role as Nora in the 5th season of HBO’s True Blood. She also performed in the play Atman at the Finborough Theatre, London.

Lucy Ursula, in 2013, had a voice role in a science fiction TV programme called Doctor Who. She appeared in an action-thriller film, The Numbers Station. In 2014, Lucy played the female lead role in a tv series called Constantine which is developed by David S. Goyer and Daniel Cerone where she plays the role of Liv Aberdine who has the ability to see the supernatural world among us. She works with Constantine to fight the evil power that have targeted her and finds more information about her late father.

Lucy Ursula was dropped out after Cerone and Goyer decided to take the series in a different direction. The same year, Lucy also appeared in a supernatural fantasy mystery romantic drama film, Winter’s Tale and also in Don’t Look Back as Nora Clark. In 2016, Lucy starred in the AMC series called Preacher as Emily Woodrow and also starred in the science fiction film called Uncanny which was released on Netflix Streaming as well. Lucy Griffiths has many upcoming projects in future where we could see her in different roles.

Lucy Griffiths was rumored to be involved in a relationship with an actor Jonas Armstrong. During the year of 2012, she was again rumored to be dating her co-actor Alexander Skarsgard. They played as brother and sister in the tv series called True Blood as Eric and Nora.

Lucy Ursula, these days, is dating a retired boxer, Joe Calzaghe. She is always seen with her boyfriend and seems happy with each other’s company. They are seen together on Holidays and having fun. Seems like they are serious about their relationship and would like to take further.

Lucy Ursula, as an actress,has maintained her body shape really good. She stands 5 ft 6 inch tall and has a weight of 53 kg. Her exact net worth and salary is not revealed on the media but looking at her projects we can a s sume that she earns millions of dollars. Moving on to her fan following, Lucy has over 6 thousand followers on twitter and over hundreds of followers on her instagram account. Today, Lucy Griffiths is one of the recognized faces in Hollywood.