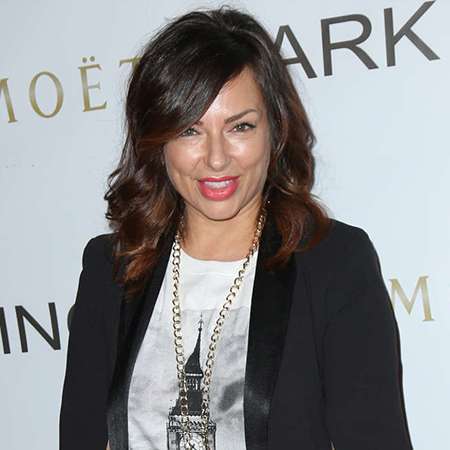 Luciana Caporaso and Henry are one of the richest celebrity couples with the estimated net worth of $4.1 billion. She earns around 50,000 pounds a month. Her all three songs charted inside the Top 75 of the UK Singles Chart and were featured on the album One More River.

She started her career in 1994 in the final episode on the short-lived British TV series, Anna Lee.

Luciana Caporaso was born on June 23, 1973, in London, England. She is an English singer and songwriter. She is of English and Italian heritage. Her father is an Italian and her mother is of English origin.

Luciana Caporaso received her higher education from the University of Tennessee which is located in Knoxville. Later Luciana, in the course of pursuing career entered into a music field. As a child she learned guitar from Sue McCarthy, she entered in local competitions and also acted in a local theater Company.

Caporaso made her acting debut in 1994, in the final episode on the short-lived British TV series, Anna Lee. On the show, she sang the track "Sister Sister" and other incidental songs. Caporaso released her first solo single,"Get It Up for Love".

The follow-up single was "If You Want". The third and final releases was a double A-sided single and her first ballad, “One More River”, and was coupled with the pop-dance track “What Goes Around”. Caporaso replaced Jayni Hoy, in the band Crush.

Their second album was self-titled album Crush (the first with Caporaso) was released in 1997 by Robbins Entertainment. Caporaso performed with several other artists including Tomoki Hirata, on the single "Facing Up", released in 1997 on the Interstate label. In 1998, she appeared on the single, "I Don't Know if I Should Call You Baby", released by Electrik Funk Records.

In 2010, Caporaso recorded two tracks; "I Got My Eyes on You" with Nari and Milani and Cristian Marchi, and "Figure It Out" with Dave.

In late 2010, Caporaso recorded a song entitled "I'm Still Hot" which was produced by Dave Audé and was released on 19 April 2011 in the UK and 29 April 2011 in the US. In September 2011 a new version of "I'm Still Hot” which featured Betty White was released as a digital single on 22 September 2011 for a life settlement firm, The Lifeline Program. She released her 4th solo single "U B The Ba s s" and it peaked number 6 on the U.S. Hot Dance Club Songs Chart and 88 in Australia.

Before she had a boyfriend named Nicolas Dayne. Luciana Caporaso will be in Birmingham at Starfome Showroom performing from Jan 30 to Feb 1. Then, she is set to move to Jacksonville, FL for the show from Feb 13 to Feb 15.

Then Luciana Caporaso will be moving to Las Vegas. Henry Cho’s shows. Almost all of her shows are published on Youtube via various publishers and all of them are highly appreciated.

Net Worth, Awards, And Achievements

Luciana Caporaso and Henry are one of the richest celebrity couples with the estimated net worth of $4.1 billion. She earns around 50,000 pounds a month. Her all three songs charted inside the Top 75 of the UK Singles Chart and were featured on the album One More River.

After several sessions in the studio with production duo Bodyrox, she featured on their single "Yeah Yeah" released by Eye Industries in 2006. The song went on to achieve mainstream success in the UK and across Europe, the song peaked 2 on the UK Singles Chart.

The following year in 2007 she featured on Super Mal's song "Bigger Than Big". The song also achieved critical and commercial success in the dance industry and peaked number 19 on the UK Singles Chart.

On 3 March 2008, the song "Come On Girl" by Taio Cruz was released, on which she featured. It peaked at number 5 in the UK Singles Chart and appeared in the album Featuring Luciana, which was released later the same week.

She guested on Gaydar Radio in November 2009 to perform her single "I Like That". The song attracted over ten million views on YouTube and went on to peak at #3 on the Australian Singles Chart.

Luciana Caporaso stands at the height of 5 feet 5inch height. She has a weight of 58 kg. She belongs to Gemini(Zodiac).