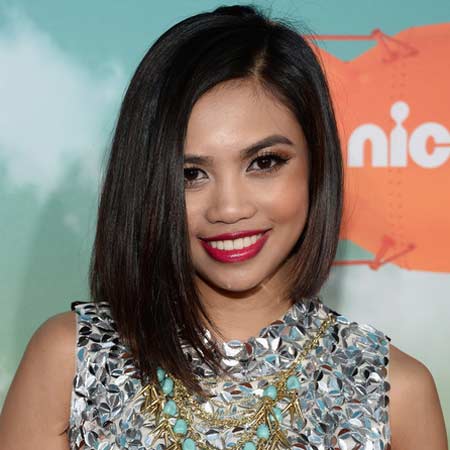 Canadian actress and singer, Louriza Tronco is well recognized for her roles in Make It Pop, and  Night at the Museum: Secret of the Tomb. She also worked in a number of theater productions. Tronco has mostly starred in small roles in TV shows and has also appeared in various television movies over the years.

Louriza Tronco was born on 21st October 1993 in Winnipeg, Manitoba, Canada, under the birth sign Libra. He was born to Filipino immigrants parents Rene Tronco and Marla Tronco.

During her early age, Tronco was keenly interested in acting and began acting in theater arts academy. At age eight, she performed as part of the children's choir in Rainbow Stage's production of Joseph and the Amazing Technicolor Dreamcoat.

While in school, Tronco juggled dance competitions, school plays, and part-time jobs. She graduated from the Canadian College of Performing Arts in Victoria, British Columbia in 2008.

During her college days, Tronco regularly traveled to Vancouver for auditioning for different production houses.

Louriza Tronco made her television debut appearing in an episode of American television series, Cult as Libby. She then appeared in the television movie The Unauthorized Saved by the Bell Story, and American comedy adventure film Night at the Museum: Secret of the Tomb starring Ben Stiller and Owen Wilson.

Tronco got her first major break from the 2015 Canadian musical comedy television series, Make It Pop as Jodi Mappa. She was part of the show for two years, playing the role alongside Erika Tham, Megan Lee, and Dale Whibley.

Moreover, Tronco also appeared as a presenter in 2016's The 18th Annual Leo Awards. Some of her television credits include My Life as a Dead Girl, Ties That Bind, and The Other Kingdom among others.

Besides her acting career, Tronco also runs her self-titled YouTube channel, Louriza Tronco with 1,070 subscribers. She shares several videos on her channel and earned 29,953 views to date.

Louriza Tronco has acc u mulated an estimated net worth close to a six-digit figure, but the exact amount is not public. Her primary source of income is acting.

As per some online sources, TV stars on average earn between $150k to $1 million. So, it can be a s sumed that she earns around the same range.

Louriza Tronco is yet to be married, and possibly single as she has not introduced anyone as her boyfriend. She has given much time to her acting career which is probably the major reason for her single status.

Tronco, however, posts several photos with a guy named Kevin on her Instagram account. but it is not confirmed whether they dating or not.

Below, we present the interview of Louriza Tronco