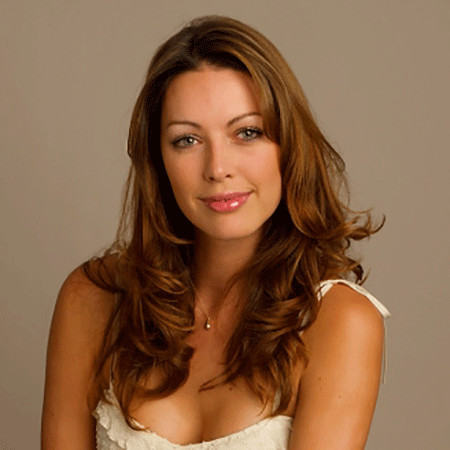 An English pop singer-songwriter, fashion model, and an actress Louise Griffith is a popular personality in English entertainment industry. She has been active in the industry since 2002.

Louise Griffith was born on 31st July 1978 in Hertfordshire, England. She is the daughter of a London taxicab driver. She can play saxophone very well. Since her childhood, she had been passionate about becoming famous. She dreamt of making her identity for which she had been working hard since her childhood. The names of her parents are not disclosed nor are any information available on her siblings or education qualification.

Louise Griffith was a member of a girl-band called Orchid. They had recorded a song “Sound of the Underground” in 2001. However, their song never got released and became hit when it was re-recorded and released by the band Girls Aloud. Her band became an unsuccessful one. In 2003, she was chosen to appear in the second series of BBC TV show Fame Academy after it was revealed that she was the girlfriend of Formula One driver Jenson Button. She was voted out in final 8.

After the show, Louise Griffith did not get any singing contract but has sung with Alistair Griffin in the song “A heart can’t lie” which was included on his album Bring it on that topped #12 in UK album charts in 2004. After this, she has not been heard in any song.

Louise Griffith made her movie debut in 2006 starring as Melissa in the horror movie “The Devil’s Chair’. She got her first lead role in 2008 in the dark comedy movie The Revenant opposite to David Anders. Louise Griffith can be seen in the movie Tekken in a supporting role, all’s Faire in Love and her latest film “The Mudman” is in post-production. She can also be seen on the television screen in NCIS on its 21 episode of season 9 and also in MTV series Warren the Ape. Besides, she can also be seen on the commercials.

Louise Griffith is currently assumed to be single. There is information on her current relationship status whether she is mingled or is single. She has never been married but she would love to get married at some point in her life. She was once in a romantic relationship with an Australian actor and musician Jesse Spencer.

They dated for six months in 2009-2010 and got separated. Prior to that, Louise Griffith was engaged to her boyfriend, the formula one driver Jensen Button, in 2003. However, because of some odds, they called off their engagement and parted ways. There are no other known love affairs of her.

Personality and Net worth

With a beautiful skin complexion and green eyes, Louise Griffith has stunned many people by her beauty. He has a very beautiful naturally dark brown hair. She stands a beautiful height of 5 feet and six inches and is blessed with a perfectly fit bikini body. There are many pictures of her on the internet that define how beautiful she is. Louise Griffith is a talented person and is hard working too. Though it is not disclosed how much her income or net worth is, it can be assumed that it is paying off her hard work and making her satisfied.