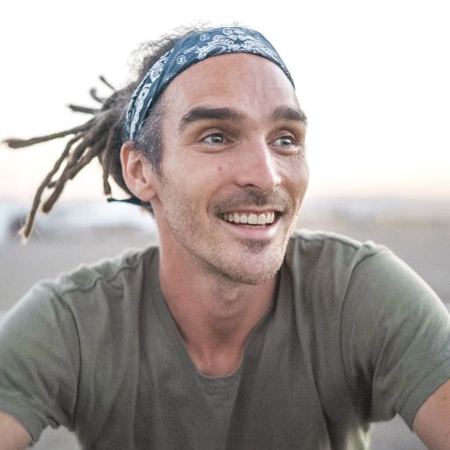 British film-maker as well as a YouTuber, Louis Cole is known for posting vlogs on his YouTube channel ‘FunForLouis’ where he has more than 2 million subscribers.

The social media star initially rose to stardom after filming the eating stunts on his channel. However, he had to take the food videos down after getting warnings from RSPCA for violating specific acts by eating live creatures on TV.

Louis Cole was born Louis John Cole on 28th April 1983 in Epsom, Surrey, England. He belongs to Caucasian ethnicity and holds British nationality. Cole’s mother was an IT trainer and father was a teacher. He also has two sisters Hilary and Darcy.

Cole started his vlog, FunForLouis on December 31, 2012, his first video was "Pancakes and Bicycles | LA Trip Day 2". As of October 2017, he has released over 1486 vlogs and managed to gain over 1.92 million subscribers.

He has his own social media travel management agency, Live The Adventure which is often referred as LTA. The LTA has two offices in London and Capetown with seven employees. In January 2017, the first LTA travel summit was held at the YHA Hostel in South Downs, UK.

The renowned camera company, Sony ran a photography seminar in the summit.

Besides his daily vlogs, Cole is involved in other projects too. In May 2014 Cole started a clothing company, Find The Nomads which unfortunately dissolved in 2016.

Cole has also founded a project, Bombus which involves a double-decker bus which has a mobile center to offer music and video game facilities to the homeless youth.

Cole signed a contract with Digital Seeker Network in March 2017 and announced his campaign, "Beyond Borders - A Journey Celebrating Global Diversity."

He started his journey in Kern Valley, California, the USA on August 21, 2017, along with his friend, and pilot Juan-Peter Schulze (JP) over a period of 60–90 days. Later, Cole announced via YouTube that he is starting a Kickstarter campaign to fund his doc u mentary flying across the globe.

In 2016, Cole founded The Solvey Project in collaboration with his good friend, Dave Erasmus who is also a YouTuber and philanthropist. They traveled different places including Addis Ababa, Dubai, New Delhi, Shanghai, Tokyo, Rio, and Reykjavik. During their Iceland trip, PM, Sigmundur Davíð Gunnlaugsson canceled his meeting plan at the last moment.

Louis Cole is also known as one of the controversial social media personality. In 2012, he was charged with the Animal Welfare Act 2006 by RSPCA after posting a video of eating live goldfish on his YouTube channel, FoodForLouis.

Later, the case was settled, and luckily he got off with a caution not to repeat these activities. Even, some of the animal lovers sent him death threats. However, Cole claims his videos aren't as cruel as it was talked about and denied that goldfish-eating stunt caused unnecessary suffering.

He also suggests RSPCA to not waste time in pursuing the case. The following year, he was arrested from Heathrow Airport while returning to the UK because of the arrest warrant issued against him. He talked about it on his vlog 'I got Arrested | Louis Cole Daily Vlogs 77.'

In 2016, he was caught for over speeding, 41km/h over the speed limit. He was going at 141 km/h was fined NZD$400 instead of automatic loss of license. The news made national headlines in New Zealand.

The same year, Cole faced criticism for his North Korea visit. He was accused of encouraging North Korean regime, but he denied the ideology of regime.

Louis Cole is in a romantic relationship with his longtime girlfriend, Raya Encheva, YouTube video blogger. The duo is together since 2015, but he made his relationship official only in January 2016 via YouTube video, 1000th VLOG W/ MY GIRLFRIEND.

YouTube sensation, Louis Cole uploads videos on a daily basis on his channel, FunForLouis and he makes between $1000 to $20,000 per month. His YouTube channel has more than 1.9 million subscribers and 282 million views.

Cole has partnered with many reputed brands worldwide like, Land Rover, Sony and many more. He paid NZD$400 as a fine for violating the traffic rules in early 2016.