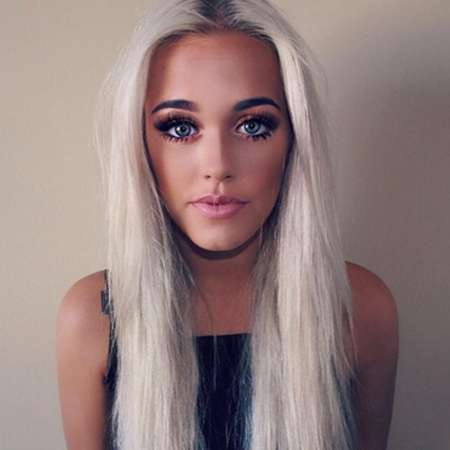 Lottie Tomlinson is an English stylist. She is a social media star, best known as the half-sister of Louis Tomlinson, one of the members of the boy band One Direction.

Lottie was born on 4 August 1996. Her hometown is in Doncaster, South Yorkshire, England, but she resides in London. She has three younger sisters: twins Phoebe and Daisy (born in 2004) and Felicite (born in 2000), as well as one half-sister: Doris and two half-brothers: Louis and Ernest.

It is a common occurrence in the world of media for a person to be famous, just because one of their relatives is also famous. On top of that, if he/she is also talented, then the possibility of them being famous is limitless.

It’s the same with Lottie Tomlinson, the ice blonde haired teenager, who happens to be a half-sister of famous singer Louis Tomlinson. Thanks to social media, she was widely recognized in 2010, when she began posting videos and comments related to her brother, Louis, and photos of her and Louis flooded the internet.

They were usually seen having fun in parties, clubs, getting coffee in Starbucks and people loved them because of their closeness. She has also publicly defended her half-brother on multiple occasions through social media.

Lottie is not, however, merely dependent on her half-brother for her future, she also happens to be a talented stylist and make-up artist. She has already started carving her own career in the fashion business.  She was featured in a make-up tutorial video with YouTube phenomenon Tanya Burr.

In 2015, she became the stylist and makeup artist for One Direction, during their “On The Road Again” Tour and for their promotional appearances. Since then, Selena Gomez has also personally invited Lottie to lend her creative work and join her in her Revival tour.

In 2016, she collaborated with and became an ambassador for Nails Inc. She also promoted their spray-on polish ‘Paint Can’, showing off her quirky style in the campaign shoot as well as designed her own limited edition Good As Gold spray paint can with the brand. On June 8, 2016, she released a video showing her everyday makeup routine.

The recently turned 18 star is currently in a relationship with Tommy Napolitano. She was, previously, in a relationship with Martin Kendal. She currently has 2.6m followers on Instagram, where she uploads viral hair trends. She also regularly works backstage at London Fashion Week and has she bagged a modeling job with London fashion brand Lipsy.

Tomlinson’s fame comes straight from the association, skills, and beauty combined. Together, they have shaped this beautiful woman’s career as a future successful stylist and model. Her bright beautiful eyes, beautiful blonde hair, and curvy body is an instant eye-catch and combined with her skills and association, she may as well be the next popular star.