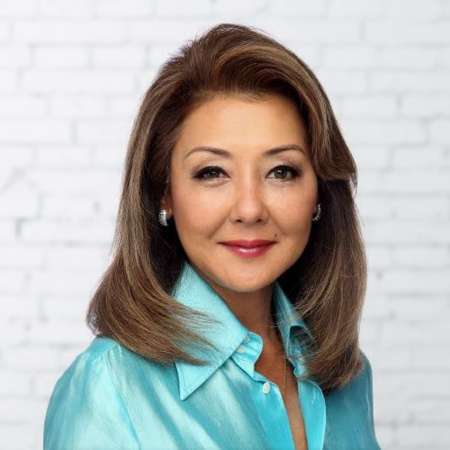 Loraine Hahn is a popular business journalist who is considered as the most recognized TV anchors in Asia. She has been giving her service focusing on Asian business issues since 20 years.  She has won the Asian TV Awards in December 1999 and was also named as 'Highly commended news presenter/anchor'. Lorraine Hahn, since the year 2003, is working as conference moderator and freelance broadcaster for Lorraine Hahn Inc. Loraine became the president of Lorraine Hahn Inc. in August 2007.

Lorraine Hahn was born in Singapore and immigrated to Canada. Her father is of Korean descent and mother is of new Eurasian. She went to Garden International for O levels and completed her graduation from The University of British Columbia in Business and English literature in the year 1986.

Lorraine Hahn has been serving in the field of journalism since twenty years being focused on Asian business issues. She began her career as an anchor in CNN Hong Kong for nine years from 1994 to 2003. Lorraine anchored CNN's premiere business news program and BizAsia. She also worked for three years CNBC/NBC before being in CNN as a host for the network's flagship programme, 'Business Tonight' as well as 'The Winners', 'Talk of Asia', and 'NBC Asia Evening News'.

Lorraine Hahn has good experience as a presenter and talk-show host who has a very deep understanding of Asian economic and political issues. She was named as 'Highly commended news presenter/anchor' at the Asian TV Awards in December 1999.

Lorraine Hahn has moderated various major organization events some of which include Deutschebank, Johnson & Johnson, Lloyds, Sun Microsystems, Citibank, and Invesco. She has attended several events like the APEC Economic Leaders' Meeting, APEC CEO Meeting, The Global Leadership Forum (Malaysia) and the ADB Journalism Awards as the Master of Ceremony or chairperson.

Lorraine Hahn has lectured at Hong Kong University and she gives a regular lecture on journalism and the media industry. Lorraine has publicly talked about her married life with Wang Micheal but has not talked to the media about her net worth and earnings.

Lorraine Hahn is married to Wang Micheal. There is no much information about Lorraine personal life or net worth.