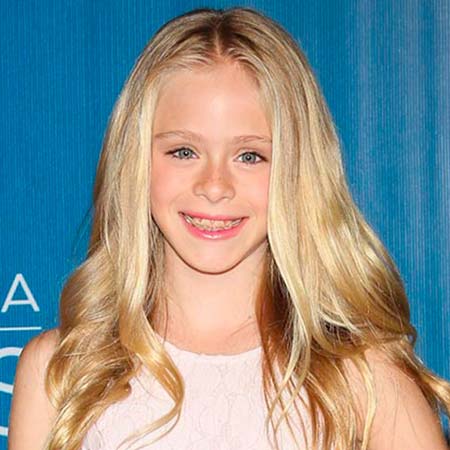 The Mexican American actress Loreto Peralta, though young, found fame at an early age. She is most famous for her role in the 2013 movie, No Returns Are Accepted (No Se Aceptan Devoluciones).

Loreto Peralta was born on June 9, 2004, in Florida, USA to her parents of Mexican descent. Her parents are, Juan Carlos Peralta (father) and Greta Jacobson (mother). Similarly, she is one of the granddaughters of the Mexican billionaire, Carlos Peralta, a real estate mogul.

Peralta is nationally an American however, ethnically, she is a Mexican descendant. Though her educational details are unavailable, what we know is she can speak two languages, English and Castilian fluently.

The 15 years old Loreto Peralta started her career at the age of 9 debuting in the movie, Instructions Not Included in 2013. During her shoot for the movie, she was, at all times, accompanied by her mother.

Following her 2013 movie, she appeared in a short movie in 2015, No Se Aceptan Devoluciones 2: El Regreso de Loreto Peralta. Prior to that, she gave her voice to the role of Alimitra in The Prophet.

Appeared in 11 movies and tv shows

Up until now, she has appeared in 11 movies and tv shows with her latest being The House of Flowers in 2019. She has recently finished shooting for her new movie, Todas Las Pecas Del Mundo.

Not only in the filming industry but also in the modeling industry, Loreto has distributed her charm. She debuted a model in September 2018 for the fall 2018 campaign of the fashion designer Raquel Orozco.

The estimated net worth of the young blonde actress, Loreto Peralta is around $600 thousand. She earns her worth from her career as an actress and model.

Peralta's grandfather, Carlos Peralta is a Mexican Billionaire, who has an estimated total fortune of around $1.3 billion. The CEO of Grupo IUSA owns a Moon Goddess, a 115-foot chase boat that cost him as much as $7 million.

Personally, Loreto Peralta is a ghost, meaning, she doesn't share much information about her personal life with the public.

Since she is just a kid, she wouldn't have an intimate affair. But, who knows, kids these days are doing things we couldn't even dare to do during our teenage days!