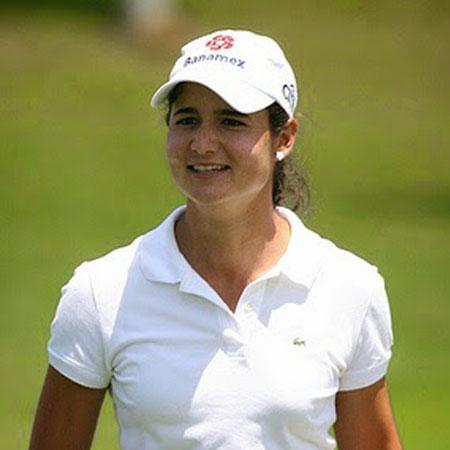 Considered to be the best Mexican golfer of all time, Lorena Ochoa Reyes has been the top-ranked golfer of the world for over three years and was the first Mexican person to do so. The winner of various awards and achievements to her name, this woman of extreme talent has had her name embedded in the golfing world since a tender age.

Born on 15th November 1981 in Guadalajara to Mexican parents, she grew up with three other siblings. After taking up golf at the age of five, she won her first state event at the age of six and her first national event at seven.

By the age of 11, she had approached professional Rafael Alarcon to train her. She captured 22 state events in her hometown and 44 national events in Mexico in which she won five consecutive Junior World Golf Championship titles and got a chance to be enrolled in 2000 in the University of Arizona on a golf scholarship.

For the next two years 2001 and 2002, she successively won the NCAA Player of the Year Awards and finished runner-up at both NCAA National Championship. She was put into the National Golf Coaches Association 2001

All America First Team and won the Pac-10 Women’s Golf Championships the same year. Other achievements of the same year include the Pac-10 Freshman/Newcomer of the Year 2001 and All Pac-10 First team also in 2002. She also won the Golfstat Cup both the years, given to the player with the best scoring average versus par with at least 20 full rounds per season.

She scored an average of 71.33 and beat her own record the next year with 70.13 hence making herself a suitor to the award. She also set an NCAA record for the most consecutive wins by winning in her first seven events.

Also embedded in her award list in 2001 was Mexico’s National Sports Award, which led her to become the first golfer and youngest person to receive the award. Ochoa obtained the 2003 Nancy Lopez Award presented annually to the most outstanding female amateur golfer of the world.

As of 2006, she was the NCAA Division I Women’s Golf Most Outstanding Student-Athlete on the 25th Anniversary of Women’s Championships celebration.

Ochoa’s professional career started after she dropped her education to pursue a career in golfing in her second year. She then won three events out of ten in the 2002 Futures Tour thus earning herself a membership on the LPGA Tour for 2003 and was named the Duramed FUTURES Tour Player of the Year.

She fell among the top ten in eight matches and runner-up in the Wegmans Rochester and Michelob Light Open at Kingsmill. She was honored the Louise Suggs Rookie of the Year and was in the ninth position on the LPGA official money list.

Ochoa won her first LPGA titles, the Franklin American Mortgage Championship, and the Wachovia LPGA Cla s sic and placed herself in the top ten in three of the four major championships on 2004. She is the first Mexican born player to win a title in the LPGA Tour.

Ochoa’s list of awards went on with the Wegmans Rochester LPGA in 2005 and her first round score of 62 in the Kraft Nabisco Championship in 2006 was the record for lowest score ever by a golfer in any major tournament.

For her extreme talent and success in the golfing world, Ochoa won the 2006 Associated Press Female Athlete of the Year and the National Sports Prize for the second time. By the end of 2007, she won six tournaments and topped the money list thus bagging the LPGA Tour of the Year Award. Another achievement was the LPGA Vare Trophy for the lowest score average on the LPGA Tour. On April 2007, she became the world number one ranked female golfer.

Her first major championship at the historic golf game was the Old Course at St. Andrews at the Women’s British Open in August 2007. She became the first to win three consecutive events in 2005 after winning CN Canadian Women’s Open and the Safeway Cla s sic.

She also became the first woman to earn a salary of more than 4 million dollars in a single season. She won her second major championship in April 2008, after winning the Kraft Nabisco Championship. She won the Corona Championship by 11 strokes the following week qualifying her for the World Golf Hall of Fame.

Ochoa released a statement claiming her retirement on 20th April 2010 stating that her last tournament would be the 2010 Tres Marias Championship. She also stated that the reason for this was her need to spend more time in the home and also that she will maintain her membership in the LPGA and would play the Lorena Ochoa Invitational.

In November 2008, she hosted the annual LPGA event, the Lorena Ochoa Invitational held at Guadalajara Country Club. She returned however in 2012 after an invitation by her sponsor Lacoste to compete in the Lacoste Ladies Open de France. She finished second.

Her foundation operates a primary school in Guadalajara named the La Barranca. The school educates 250 underprivileged students and opened a high school with 21 students in 2008.

Ochoa had a height of 5’6 and weight of 127 pounds at the age of 26. Her net worth is estimated to be 15 million dollars. Images of her constantly circulated around the web at the time when she was at the peak of her career.

She got engaged to her boyfriend Andres Conesa Labastida the CEO of Aeromexico. They got married in December 2009 and she announced the pregnancy of her and her spouse in April 2011 and there is no officially known new pregnancy report.