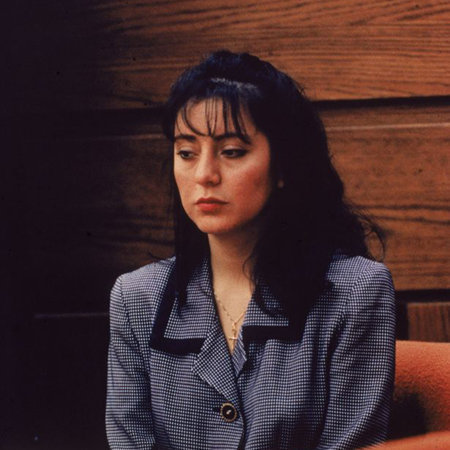 People find themselves in a bind sometimes and there is nothing they can do to come out of it without resorting to violence and crime. This story of Lorena Bobbitt is the same. She is famous for maiming then-husband John Wayne Bobbitt's penis after years of alleged domestic violence and a s sault. The couple who married in 1989 made headlines all over the world in 1993 following the incident. In the present day, Lorena goes by the maiden name Gallo.

Lorena Bobbitt was born Lorena Gallo on 31 Oct 1970, in Quito which lies in Ecuador. Her mother's name is Elvia Gallo. She has been through a lot in her life and after all her troubles she has come out of it a hero now. There has been much confusion about her story and the incident even though it was worldwide news and created a lot of buzz. After all those dark moments in her life, she is now a normal human being and has even appeared on some TV shows to justify her decision.

Bobbitt came to the spotlight after she had to cut off her husband's penis. Her husband was John Wayne Bobbitt, but now the relationship is over. According to her, her husband Bobbitt came home at night on June 23, 1993, and then raped her. She was frightened and angry at her husband so she decided to chop off his penis.

After the incident, she drove her car to throw away her husband's penis. Then, she called the police by dialing 911 as she thought the crime was very severe and could damage her life. Luckily his body part was found and after a long surgery of more than 9 hours, it was successfully attached.

The case took a long time to settle down and after some discussions from both parties, the judges set her free saying that insanity and irresistible impulse caused the incident. She was kept in Central State Hospital for 45 days and after the time period of 45 days was over she was set free. After the horrific incident, the couple divorced in the year 1995.

Lorena Bobbitt Lorena attempted to keep a low profile whereas John attempted to generate money by forming a band, The Severed Parts. The band was later unsuccessfully failed to generate enough money. Again in the year 1997, she made a headline after she was charged with a s sault for punching her mother, Elvia Gallo, while the two were watching the TV.

But Bobbitt was finally found not guilty of a s sault. After the incident, she started working at a beauty salon in Washington, D.C. In June 2008, she made an appearance on the CBS News program The Early  Show and talked about her life since the incident. A year later she also featured on the American syndicated talk show, Oprah. In the same year, she along with her ex-spouse appeared on the show The insider which was their first meeting since their separation.

Lorena Bobbitt's Net Worth And Earnings

Lorena Bobbitt is pretty secretive regarding her professional life and it is hard to pin down the main source of her income as well as earnings. The exact amount of her net worth is yet to be revealed. Though she was part of various charitable events following the incident and has also received help from a few organizations.

Few sources have, however, claimed that she as of 2021, works as a hairstylist in Virginia and also manages Lorena's Red Wagon organization. She is currently worth $600k.

On the other hand, as per celebrity net worth, her ex-husband John Bobbitt has an estimated net worth of around $250K.

After this tragic incident, Lorena Bobbitt went on to involve in a relationship with Dave Bellinger. She and her now ex-boyfriend have also one daughter. But the information regarding when they started dating and broke up is yet to be revealed.

She has always regretted marrying her ex-husband John.  As of now,  Bobbitt is living a normal life with her daughter.