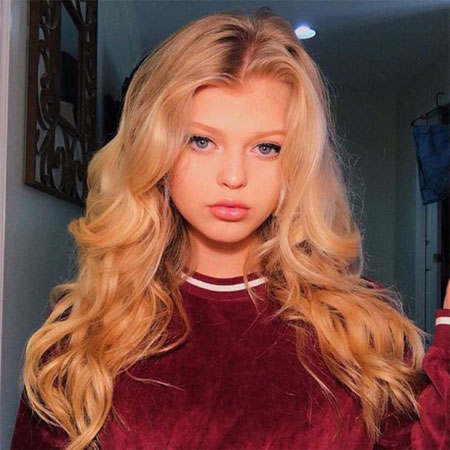 A social media personality, model, as well as a musician, Loren Gray, is famous for her Musical.ly lip sync videos. She is also popular in the social sites and apps like Instagram, YouTube, Snapchat, YouNow and Twitter.

Her parents are divorced after which she was raised by her mother. Her father runs an Instagram account called reallylorensdad. She is the only daughter of her mother but has a half-sister named Jordan from her father's side.

The teen web star was homeschooled. As of 2018, she is currently in Middle School.

Charming and popular web star began her career as a child model; starred in Teen Vogue and Seventeen Magazine. Active across social media since 2013, her career as a social media celebrity began early in 2015 when she featured a wide range of music and songs videos on her social media accounts especially on ‘Musical.ly’. She became famous with her musical.ly account where she has more than seventeen million followers.

Besides this, she is also involved in modeling. She often modeled for a lot of advertising platforms and agencies like Seventeen Magazine, Teen Vogue and also modeled products like bags, shoes, and clothes for different brands. Her intense sense of fashion has made her a rising figure on social media.

Gray also does makeup tutorials and popular cover songs on her self-titled YouTube channel. She was nominated for the Teen Choice Awards and the People's Choice Award in  2016.

Having acc u mulated early fame, there are thousands of fellows across the world throwing themselves at Loren Gray. When most of the kids are still playing with their toys, Gray at the age of 12 dated then boyfriend Joey Kisluka muser popular for his Instagram and YouNow accounts and musical.ly star. Unfortunately, they both split up because of a busy schedule.

After her breakup with Joey Kisluk, she briefly dated Puerto Rican Snapchat star Juwaney Roman. After two months of romance, they broke up. Gray stated the reason for their breakup was Juwaney's possessiveness.

u look pretty good down here but u ain't really good