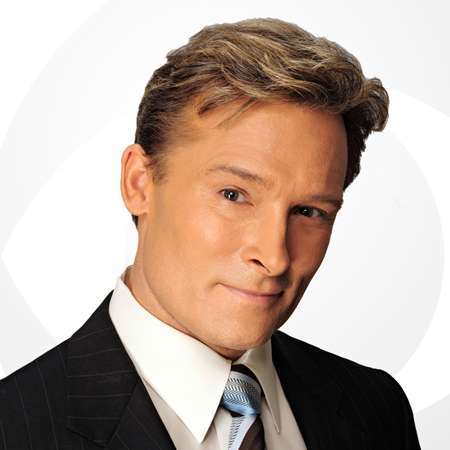 Lonnie Quinn is a famous lead weather anchor. He is famous for his weather news on WCBS-TV in New York City. He also featured in various American television soap operas. He used to serve as a weather anchor for CBS This Morning Saturday. He appears frequently on sister radio station WCBS-AM 880 for their weather reports.

Lonnie Quinn was born as Lonnie William Quinn on August 9, 1963, in Cheshire, Connecticut, United States of America. He spent his early childhood days in his own native land with his family. His star sign is Leo.

Quinn holds American nationality and is of white ethnicity. He has six brothers and sisters. He graduated from Boston College magna c u m laude with a B.A in speech communications.

Lonnie Quinn started his career as an actor on ABC’s All My Children. With this experience of working in front of the camera, he got the confidence to perform exceptionally in local and national broadcasting.

His Quinn’s first newsroom job was at WVIR in Charlottesville, VA as a cameraman. Just after three months, he got a chance to report in front of the camera. Later his duty included reporting and anchoring the weekend weathercasts.

Quinn was also popular for his on-air personality and for guiding the area through the most active tropical season in history. He worked in the National Hurricane Center with Max Mayfield for five years.

By 2011 his in-depth coverage of Hurricane Irene, he became a re-known anchor on the television screen. He is a very famous weather anchor receiving Emmy Award. He was also crowned with Best Weather Anchor in 2011 and 2010.

During his brief acting career, he was best known for creating the role of Will Cooney on ABC's All My Children (1988–1990). He also played Rich Landers on the former NBC soap opera Santa Barbara from (1992–1993). He also appeared as himself in two episodes of As the World Turns in November 2009.

Lonnie Quinn's Net Worth And Salary

Lonnie Quinn's net worth is expected to be around $1 million at present. Being one of the most popular anchors, the WCBS-TV may pay him handsome money.

Lonnie Quinn is a married man who tied the knots with his spouse Sharon Quinn, in 2007, in an intimate wedding ceremony. The couple also dated for a few years before their marriage.

The weather anchor has a son Nate as well as daughters Lily and Savannah from his past relationship. His son Nate currently studies at Cornell University. He did his schooling at The Bronx High School of Science.

Lonnie previously lived on the Upper West Side of Manhattan with his wife and children. But they currently reside in New York City.

He has kept information about his previous relationship and affairs under dark. Lonnie and his wife have shared a married relationship of eight years, in between this period there is no news of controversy in media. They share a very prosperous married life along with their children. He often attends social events with his beautiful wife Sharon Quinn.

There is neither rumor nor any information relating to his divorce. He holds a certificate from the Federal Aviation Administration (FAA) in meteorology. He is also a private pilot.