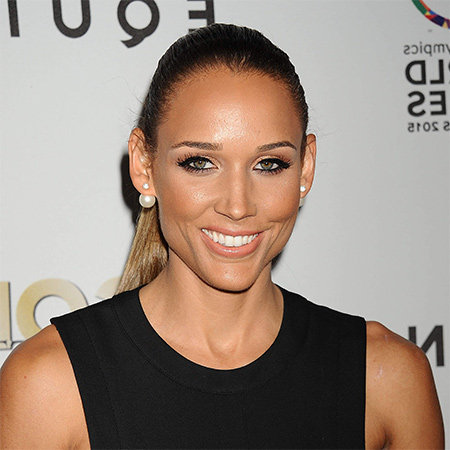 Lolo Jones is an American track and field and bobsleds athlete who specializes in the 60 and 100-meter hurdles. She has won three NCAA titles and garnered 11 All-American honors while at Louisiana State University.

She was born on August 5, 1982, in Des Moines, Lowe. Lolo is a devout Christian. She is the daughter of Lori Jones and James Jones. Lolo’s mother raised her along with her other siblings as her father spent most of her childhood in the Air Force and later in state prison.

After high school, she joined Louisiana State University and quickly proved to be one of the best hurdles at the college level.

Lolo Jones completed her education in 2005 and decided to fully devote her life to 'track and field'. Her dedication and hard work soon paid off and she won Torino Memorial event in 2006.

In the year 2008, Lolo seemed to be at the top of her game as she won the USA Outdoor Championship, as well as the USA and World indoor championships.

Lolo Jones finished second in her first professional meet at Stuttgart after her disappointing finish at the 2004 U.S. Olympic Outdoor Trials. However, she won her first national championship in 2007 at the USA Indoor Championships.

Lolo started the 2008 season with hopes of making the 2008 Summer Olympics and began the indoor campaign with second-place finishes in Glasgow, Stuttgart, and Gothenburg in the 60m hurdles.

Jones started the 2009 indoor season in Europe with a brilliant performance and win in the 60m hurdles with a sensational timing of 7.82 seconds in Birmingham.

Similarly, in 2010 season, she defended her 60m hurdles Indoor World Title in Doha and made a new American record. However, in a race in 2011 at Glasgow,  she finished the race in fourth after hitting the third hurdle.

Plagued by health problems for some time, Lolo Jones was diagnosed with a tethered spinal cord. She even had a surgery in November 2011 and just one year later, she qualified to compete at the 2012 Summer Olympics.

However, she could not perform well in the 2012 Olympic. In October 2013, Lolo made it on the U.S. women’s bobsled team for the World Cup.

Lolo Jones was heavily criticized by Jere Longman of The New York Times on August 4, 2012. Her exotic beauty and a sad and cynical marketing campaign was the reason for the controversy.

Lolo Jones has been in the news several times because of her habit of expressing her personal opinion through her social account. She often shares her feelings and anger through social sites and often creates a problem for herself.

Being an athlete, Lolo Jones has a very healthy and fit body. She has an amazing height of 5 feet 9 inches and she weighs about 73 kg. Her net worth is estimated to be around $1.5 million.