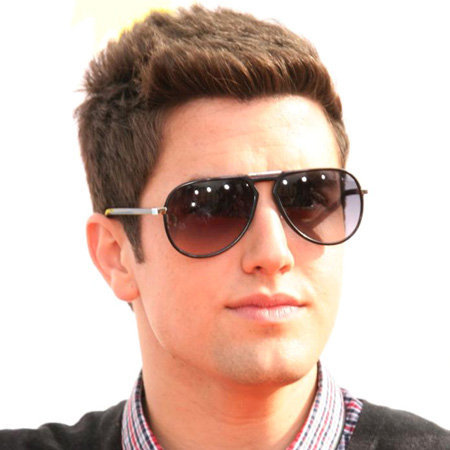 Logan Henderson was born on 14th September 1989 in North Richland Hills, Texas, United States of parents Pamela Ann Wright and Jeffrey Lynn Henderson. He spent most of his childhood in Texas along with his sibling Presley Henderson. His grandfather is of the British decendent whereas his parental grandmother was of Polish and Czech ancestry. His maternal grandmother on the other hand was of Mexican descendent so Logan comes from a diversity of ethnicity.

Logan’s first role was that of a teenage boy on the television show Friday Nights Lights. Later when he turned 18, Logan moved to California in the pursuit of becoming an actor. He soon enough got his break through role in Nickelodeon’s Big Time Rush in 2009 and became a member of the Big Time Rush band itself. He plays the main role of Logan Mitchell who is frequently getting his gang into trouble. He is not only  appreciated for his acting skills but also for his singing abilities. Logan signed with Sont Music Entertainment and Columbia Record Label in 2009 as part of the Big time Rush Band. They went on to release four promotional singles that included ‘Big time Rush’,’City Is Ours’, ‘Halfway There’ and ’Til I Forget About You’ . Finally they released their album BTR on 11th October 2010. Logan had co-written one of the song named Oh Yeah from the album. The album was so successful that it went on to number 3 on the Billboard 200 and also climbed to number 1 on the iTunes digital album list. RIAA certified it Gold. It was certified Gold as well in Mexico. The Big Rush Band made a guest appearance on Figure It Out in June of 2012. Their second album named Elevate was released on 21st November 2011. And Logan had contributed in writing a song named ‘Time of Our Life’ along with Nicolas Ras Furlong. Not only that , Logan went on to co-write three songs from the album Elevate which included ‘Music Sounds Better With You’, ‘Love Me Love Me’ and ‘ Superstar’. Logan plays both the guitar and piano.

Not much of Logans personal life is known to the media. He is shy most of the time but is at times infectiously ‘flirt-ish’. He is currently 25 years old and has not married yet and doesnot have any children. He was previously dating co-actor Erin Sanders from Big Time Rush. They were a cute couple and the public seemed to enjoy them until they broke up. There are rumors that he is currently seeing somebody or it may actually be Erin herself but it is not true. He seems to be single currently.

Logan has a fit and masculine body with perfect body measurements. He is 5 feet 9 inches tall and weighs 75 kgs. He has gathered a lot of female fans through his looks alone. His net worth is estimated to be around $10 million and his salary is a lot. Logan and the Big Time Rush gang got a chance to perform at the 2011 and 2013 Kids Choice Award. Although Logan has not received any significant award till date, he is loved by his co-actors and his fans.