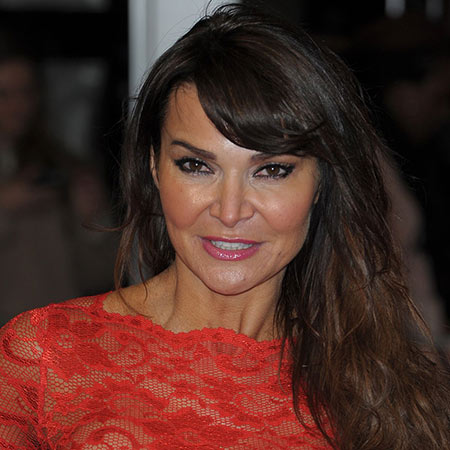 Lizzie Cundy is known to have appeared on ITV's This Morning which marked her TV debut. Cundy has her own column in the OK magazine and the Express. She has hosted shows like WAGS World on Wedding TV, London Style, Hot Gossip and more.

Elizabeth "Lizzie" Miller was born in 1956 in Richmond, United Kingdom. She received her Alma mater from Central School of Speech and Drama. Lizzie was always interested in entering the showbiz arena when she was young. Lizzie is of white ethnicity and English nationality.

Lizzie Cundy first appeared in TV on ITV’s This Morning. She then starred in the second series of Channel 4's Celebrity Coach Trip. Lizzie is also noted to be the winner of the TV show, Celebrity Four Weddings. Lizzie also has her very own beauty & style column in Town and Country House and a showbiz column in OK Magazine and the Express. She was the host of the tv show named WAGS World on Wedding TV and on So Would You Dump Me Now?

Lizzie is also a presenter for the lifestyle show called London Style. She is not only into showbiz but is also a radio presenter for Fubar radio hosing’s show titled Hot Gossip. Furthermore, Cundy has appeared on Celebrity Big Brother's Bit on the Side, This morning, Sporting Icon, Daybreak and more. She is a celebrity sensation in the TV arena. Lizzie has not been seen in many movies but appeared as herself on TV documentary, 2014 Most Shocking TV moments.

Lizzie does not have a long dating history. She does not talk much about her relationship status or her boyfriend. Lizzie got married to Jason Cundy in 1994. Lizzie’s husband, Jason Cundy is a well-known English footballer who plays for the football club, Chelsea and is a radio broadcaster as well. Her footballer husband cheated on Lizzie with an opera singer. The news spread out like wildfire and Lizzie’s fans were distraught when they heard it. The affair hit Lizzie very hard because she had been very loyal in the long relationship. The couple separated in 2010. The divorce was finalized in December 2012. She is currently known to be dating the famous actor, Gerard Butler. The couple allegedly met in July 2014 and has been together since. Lizzie has neither agreed nor denied the rumor.

Lizzie is currently 60 years old but looks under her age. She stands tall at the height of 5 feet 6 inches.  Lizzie, even at this age she has managed to maintain her figure and flaunt it at times. She looks very hot even today. Lizzie looks gorgeous in dresses but looks peculiarly good in a bikini while holidaying. Lizzie Cundy’s net worth has not been estimated till date. However, it is known that she earns a huge salary from her successful career in the TV and showbiz arena.