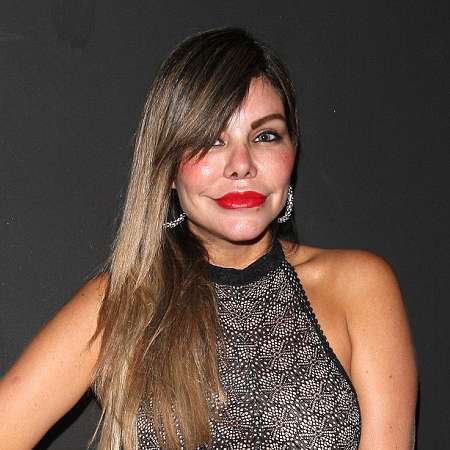 Liziane Gutierrez is a Brazilian model who is mostly known as “Brazilian Kim Kardashian”. She was born and raised in Brazil. The information related to her birth, childhood, education, parents are not revealed. She mostly came to limelight after she accused singer Chris Brown claiming that he hit her at the party in Las Vegas. She is also known as one of the most controversial models of this era.

Gutierrez’s accusation grabbed a lot of attention from the media and fans. Liziane and Chris controversy surely became the talk of the town. She claims that Chris actually hit her but the representative for Brown has told that her claims are undeniably untrue. She described the incident saying that she sneaked her mobile into the party of Chris at Palms Hotel located in Las Vegas and when she took the picture of brown, he snapped and then hit her in her right eye. Afterwards, she left the party and called the local police.

Any other fact related to her life and modeling career hasn’t been disclosed. Despite being in the news relating to her modeling career she always grabs the attention because of the wrong reasons. She was also in the news stating that she had been flirting with Rod Steward at the Sheraton hotel. Likewise, in August of 2015, it was reported that she was one of five groupies who were partying with the rapper Jason Derulo.

Moving on to her modeling career there is not much to talk about she has done few photo shoots showing her ravishing body and gorgeous hair in a bikini. She is a bikini model and often flaunts her body in several bikinis. She is a beautiful looking model which is the reason many people mostly boys are crazy about her. She is undoubtedly one of the hottest looking models of all time.

Moving on to her personal life, this Brazilian model was married to Antonio Macedo.  After ten long years of their marriage, the couple decided to get separated and got divorced. The couple has a son together. Currently, though she has been linked up with several men there is no information about her current relationship status whether she is dating or has a serious boyfriend. Other than this she hasn’t disclosed much of information related to her personal life, personal relationship as well as family life.

She is very much active on social sites including Facebook, Twitter, and Instagram. She often shares her photos and memories in these sites. She even interacts with fans through her social account and her fan also gets to known about her more. For more details about this ravishing Brazilian model, one can go through her bio and also in the wiki.