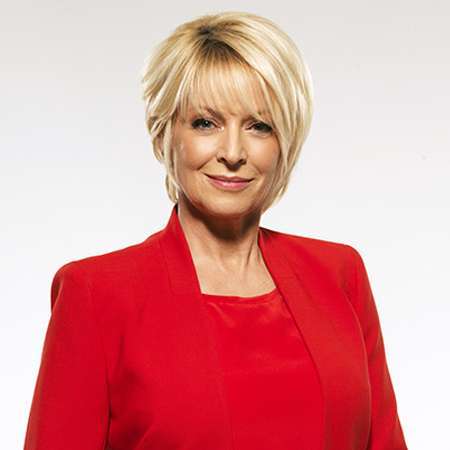 Liz Hayes was born on the 23rd of May in Taree in Australia in 1956.  Liz Hayes started her career working in the local Manning River Times newspaper where she worked as a cadet journalist. Later, she became an a s sistant editor working there. Later, Hayes moved to Sydney and began working for New Idea and TV Week where she worked for few weeks.

Liz Hayes, then,  moved to work for Network Ten’s Eyewitness News where she worked as a reporter. Liz Hayes started reporting for National Nine News when Hayes signed to the Nine Network in 1981. She then later presented the National Nine Morning News. In 1986, Liz was appointed as a co-host of a breakfast television program called Today.

Liz Hayes was later replaced by Tracy Grimshaw in 1996. Currently, this Australian program is hosted by Lisa Wilkinson and Karl Stefanovic. In 1994, she worked in a tv series called Breaking News. In 1996, Hayes worked for 60 Minutes where she works till today standing still in her position. From 2005-06, Hayes has also worked for a TV series Doc u mentary called 20 to 1. In 2009, Hayes featured in a short Video called Recollection as Anna and also worked in a video called Victor Borge Around Australia.

Liz Hayes got involved in a short comedy doc u mentary called The Common Good: A Doc u mentary in 2010 and the following year had a voice role in a Video Doc u mentary called Blazing the Trail: The O’Kalems in Ireland. Hayes has worked over decades for the Nine Network. In 2011, she celebrated her 30 years with the Nine Network and we can say that she will be working there for more decades. Even though she is a public figure, she is rarely seen in public.

Liz Hayes has done only a few interviews but looking at her dedication towards her work, she is called a consummate professional by the media. Working for over many decades, it’s an obvious thing that she has many fans all over her social sites. Talking about her fan following, she has over 28.7K followers on her Twitter account and over hundreds of followers on her Instagram account. Even though Hayes does very little publicity, she is active on her social sites and expresses her feelings, and announces her plans through it.

Liz Hayes' first partner was Builder Brian Hayes whom she married in her hometown. After moving to Sydney together, Brian helped her emotionally and economically to make her career stable but they separated. After that in 1991, Hayes married John Singleton who is an advertising entrepreneur. She was his fourth wife but their relationship didn’t last long and they divorced each other. The reason behind their divorce is still not known.

Hayes' first and second marriages were very famous. It is also heard that Hayes had an affair with Stefan Ackerie who is a celebrity hairdresser. Now it is said that her current husband is Ben Crane; their relationship is believed to be decades old. Ben Crane is a soundman on 60 Minutes. Hayes doesn’t think the career is the reason for not having any children.

In her 40s as well as her short hair and talking ways, Hayes undoubtedly has a professional look and bold look. She stands 5 feet 6 inches tall and has an estimated net worth of $1.5 million dollars. Hayes doesn’t think of retirement till now and wants to be in the industry till she is willing to and feeling good about it.