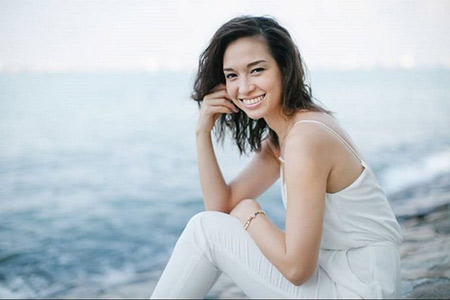 Liv Lo is a former model turned television personality and fitness star. She first grabbed attention after modeling for many well-known brands like BMW, Tory Burch, Michael Kors, and among others and hosting many shows like Xing Kong, Fox Sports Asia, and Star World Asia as well. She, however, is also known as Henry Golding's wife.

Liv Lo was born on May 21, 1985, in Taichung, Taiwan. She is the daughter of Mary Lo (mother) and Richard Lo (father), a music producer. She holds Taiwanese nationality and ethnicity wise; she is from a mixed ethnical background as her mother is of Taiwanese heritage while her father is of Italian heritage. She also has a sibling-sister Leeza Pazkowskin.

Lo spent her childhood days in different countries and consequently got the chance to study as well as work in diverse cultures all over the Asian continent. She graduated with Mass Communication from Temple University Japan.

Liv Lo started her career as a model and gained early popularity after working with top brands like BMW, Robert Cavalli, Tory, Michale Kors, and many others. She subsequently featured on the cover of Vogue Taiwan. After years of a modeling career, Lo made her transition in showbiz.

Liv hosted many well-known shows like Stye Setter and Asia's Next Top Model. Moreover, Liv appeared on Fox Sports Asia, Star World Asia, and more. Besides, she also landed the role on the series Point of Entry.

Liv Lo has earned a good amount of money from her multiple professions. According to some sources, her net worth is estimated to be around $500 thousand in 2019. Lo has worked as a model for a number of top brands and is paid about $97,000 a year.

Besides, Lo has also hosted numerous well-known shows. Her husband Herny Golding has a net worth $1 million.

Liv Lo is a married woman. Lo tied the knot with her husband Henry Golding, on 20 August 2016. They organized their wedding ceremony at Kuching, Malaysia. Her spouse Herny Golding is English-Malaysian actor, model, and television personality. 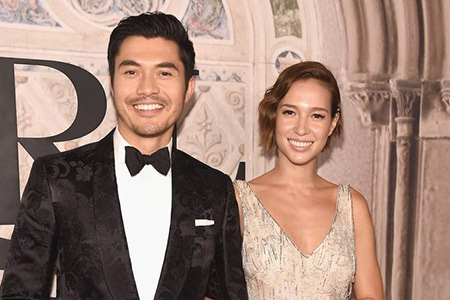 The couple met for the first time on New Year's Day 2011 at a Singaporean restaurant. It was love at first sight for the couple, and they effectively managed their long-distance relationship for a few years before the two got engaged in 2015. At the time of their engagement, the duo was vacationing in Phuket, Thailand. And they married in the following year.

The lovebirds do not have any child. They are sharing the loving marital relationship since their marriage. Lo currently resides in Singapur along with her hubby Henry.