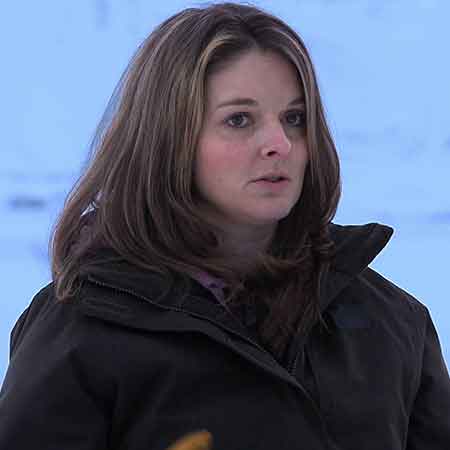 Lisa Kelly is an American trucker who gained tremendous popularity after featuring in the History Channel's reality television series, Ice Road Truckers in 2009. She is also known for her appearance on its spinoff series IRT: Deadliest Roads. With her hard work and dedication, Kelly has proved herself as one of the successful female truckers in the United States.

Lisa Kelly was born on December 8, 1980, in Grand Rapids, Michigan, United States. At the tender age of six, she along with her family moved to Sterling, Alaska.

She relocated to her hometown, Grand Rapids, and attended Cornerstone University for one semester, before deciding to drop out of college.

Kelly again returned to Alaska and spent the next few years jumping from job to job. She initially started working for a pizza company, at a gas station. She also worked as a school bus driver. She was once a state freestyle motocross champion but eventually settled on a career in trucking.

Lisa Kelly started training to work as a trucker and Carlisle Transportation finally hired her. She got her first biggest breakthrough after she appeared in the reality television series Ice Road Truckers in 2009 during the program's third season.

Kelly also featured on the spin-off series, Ice Road Truckers: Deadliest Roads sharing the screen alongside Rick Yemm, Dave Redmon, and Alex Debogorski and trucking in the Himalayas in India; in a later season. She used to drive in Bolivia and Peru.

Garnering a reality show fame from History Channel's Ice Road Truckers Lisa Kelly has also earned a considerable amount of net worth. She has an estimated net worth of around $0.5 million according to celebrity net worth.

Kelly is also one of the successful female truckers and her estimated salary is around $73,000.

Lisa Kelly has been married to her longtime boyfriend Traves Kelly since 2008. The two started dating in the year 2004 and decided to exchange vows after four years of a love affair. She and her husband Traves don't have any child to date.  She as of 2018, resides in Wasilla, Alaska.

Some of her hobbies are motocross, horse riding, skydiving, hang gliding and snowboarding. She is also the owner of a miniature horse, named Rocky.

She has a cat named Tanzi. She also has few dogs, one of her puppy named Rampur Jackson also featured Ice Road Truckers: Deadliest Roads. Upon completion of filming, the dog was later given away to one of the show's producers.