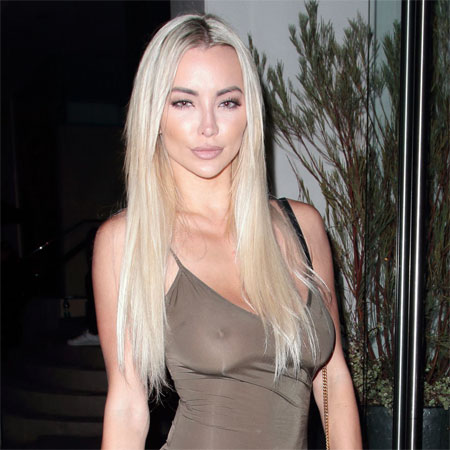 Lindsey Pelas is a professional model, fitness enthusiast as well as a social media celebrity who has more than 6 million followers on Instagram. She has featured in some publications like Esquire, Maxim, GQ & Sports Illustrated. Pelas was also one of the Playboy Cybergirl in 2014.

Lindsey Pelas was born on May 19, 1991, in Loranger, Louisiana. She belongs to White-American ethnicity and holds an American nationality. Pelas grew up in a rural town with her five sisters & three brothers.

She was brilliant in her studies, and after completing high school, Lindsey was offered a scholarship to Louisiana State University. Where she later obtained a history degree.

After she completed her education, Pelas took some time off from everything to see what she wanted to do for a living. Pelas eventually realized that history was something out of her interest.

Then she decided to take a risk & move to Los Angeles to pursue a career as a model.

Lindsey Pelas started her career in modeling since 2013; photo shoots for Playboy and other adult magazines & websites too. She quickly gained success in the modeling industry, and also on the internet.

Alongside her day job as a model, Pelas regularly uploaded pictures of her impressive figure; attracting a huge number of online fans in short span of time.

The movie was appreciated by most of the audiences & also collected more than $3.66 million at the box office.

To keep her figure lean and aesthetic, Pelas works out five times a week. On her weight training days, Pelas does a lot of lower body & abs exercises, including squats, deadlifts, leg-ups, and crunches. She also does a lot of Pilates, which Pelas believes is the key to maintaining a toned body.

“nothing makes you feel more incredible than spin class.”

Currently, Lindsey Pelas is single. Prior, she dated a British American TV personality, Calum Best who is a son of football legend, George Best. Calum appeared in some shows including Love Island, Celebrity Big Brother, and others.

Initially, the duo kept their relationship secret. However, later they made it public in August of 2016. The pair dated at various romantic places & shared their pictures on social media as well.

In the beginning of 2017, Best went to the Celebrity Big Brother house where he flirted, kissed, & laid in bed together with Jasmine Waltz on the show. After that, Pelas revealed that the kiss made her “want to vomit.”

"It didn't feel like a split. We just put the relationship on the ice when he went in there. It probably made him better in the show to be a little flirty, so I couldn't really say no to that. As far as I was concerned, I was monogamous and waiting through the whole thing."

But at the end of the show, Best started dating another girl that made the duo apart. As of now, they are not dating each other anymore. Pelas is enjoying her single life with no any affair as of now. We hope she will find a perfect boyfriend shortly.

Lindsey Pelas ears a decent amount of money from her modeling career. As of 2017, her net worth is around $3 million.