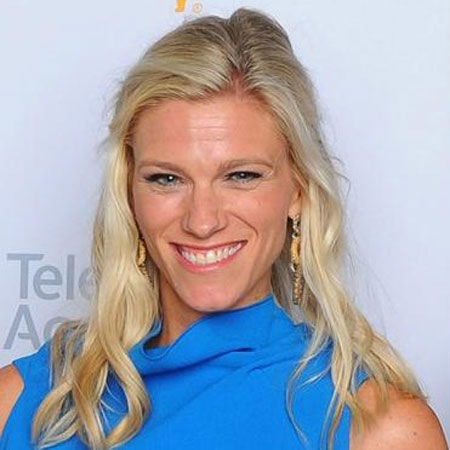 The talented television producer was born on June 18, 1980, in the United States of America to Christine N. Shookus and Robert A. Shookus. She holds an American nationality and belongs to White American ethnicity.

Shookus' father, Robert was an electronics and housewares business owner and his mother works as a sales representative. She was raised in New York and joined Williamsville South High School. She then attended the University of North Carolina at Chapel Hill and studied journalism.

After completing her graduation, she was hired as a producer’s assistant on the “Saturday Night Live.” She also became an associate producer on the show and had produced credits on 45 episodes of “30 Rock’’.

Shookus was also named as an SNL co-producer and has been credited as a producer since 2012. She works as the head of the show’s talent department, booking hosts, and musical guests as well as scouting potential cast members. She was also named one of the Billboard’s 50 Most Powerful Music Executives in both the year 2015 and 2016.

Lindsay met a famous television producer Kevin Miller in 2002 with whom she got married in 2010. They have a daughter together but the couple separated in 2014. She then started dating Ben Affleck.

Ben and Lindsay started their affair about three years ago, just a few months after she became a mom. They were not casually dating — they were having a full-blown affair. Ben was previously married to Jennifer Garner but they also divorced in April 2017 as he allegedly cheated on her with their nanny.

Jennifer and Ben ended their 10 years relationship in June 2015 and they divorced in 2017. They have three children together and currently, he is dating Lindsay Shookus.

Lindsey is likely to have made $250,000 annually with her important roles on the SNL and 30 Rock. She is now gaining fame for being connected with Ben Affleck.

Although her net worth has not been revealed yet, her current boyfriend, Ben has appeared in dozens of hit films and shows. His net worth is reported to be around $75 million. Lindsay is living a luxurious life with Ben.