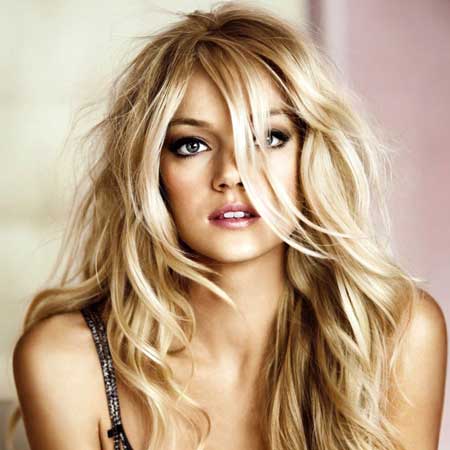 Ellingson was born on 19 November 1984, in Moreno Valley, California. She is of the White-American ethnicity and holds an American nationality.

Later, Ellingson attended the University of California, San Diego to study biology. Lindsay gave a test shoot and she was directed to Paris by the modeling agency, she met the man who helped her to become famous, John Galliano.

Ellingson's career began when she first walked the runway in the Spring/Summer 2005. She has made her appearance in various shows including, Blumarine, Shiatzy Chen, Christian Dior, Gucci, Victoria's Secret, Valentino, Marc Jacobs, Sophie Theallet, Zac Posen, and Giorgio Armani.

Currently, Ellingson is considered as one the brand's 12 'supermodels. In the year 2011, Ellingson became one of the signature Angels, also the face of its perfume line VS Attraction and its new bra, 'Gorgeous.'

Lindsay Ellingson,32, is a married woman. She married her longtime boyfriend Sean Clayton. She became engaged to her boyfriend, Sean in November 2013.

The couple had an affair for a long time. They tied their knot after dating for six years on 12 July 2014, in South Carolina.

Ellingson has earned a decent amount of money from her modeling career, as she appears in fashions shows and in advertisements for various top brands.

As the annual salary of American models ranges around $49,000, she also earns a good amount of salary from her work. Her total net worth estimated to be $ 4 million.