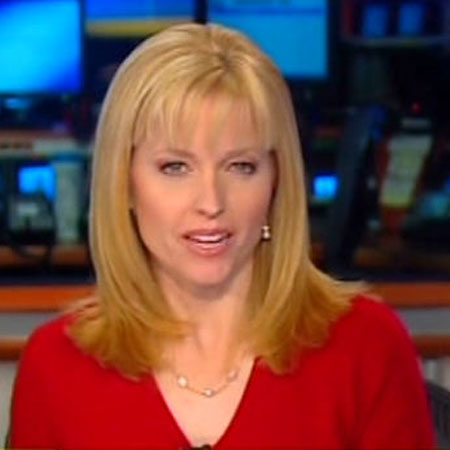 Linda Stouffer is an American television news correspondent and is currently working for WSB-TV 2, based in Atlanta. Besides, the veteran media personality worked for CNN where she co-anchored the morning news program Ahead of the Curve as well as was a weekday and later a weekend anchor CNN Headline News.

Who Is Linda Stouffer?

Linda Stouffer was born on August 5, 1970, as Cinnamon Linda Stouffer, in San Marcos, Texas. She attended San Marcos High School and graduated in 1988. She had competed in Texas Junior Miss and won the title. Linda had applied for the America junior Miss Scholarship program in 1988.

Linda Stouffer is a graduate of the University of the Incarnate Word in San Antonio, Texas with a bachelor's degree in communication in 1992. She studied her bachelor's on a Phi Beta Kappa Scholarship.

Linda Stouffer started her career in broadcast journalism as Cinnamon Stouffer from KMOL-TV based in San Antonio in 1992, soon after her graduation. She got a promotion to be an anchor in a short stint of time.

Later in 1994, Linda Stouffer moved to Miami and started working as a general assignment reporter and weekend anchor for WSVN-TV. She joined Cable News Network in 1997 based in Atlanta, Georgia and changed her professional name to Linda Stouffer from Cinnamon Stouffer.

With Cable News Network (CNN), Stouffer co-anchored the morning news program called Ahead of the Curve. She also served as a weekday and weekend anchor for CNN Headline News.

After CNN, the media personality moved to local station WSB-TV based in Atlanta where she anchored 6 pm news and the Action News Night beat. Linda began to serve as a weekday early morning co-anchor on the station 4:30 am newscast from January 2013.

Does She Have a Net Worth In $Million?

Linda Stouffer has been working in the media field for nearly three decades who has a wide experience as well. As per estimation made by various online sources, the journalist has a net worth of $1.5 million.

Linda currently works as a co-anchor for WSB TV where her annual salary is more than $70004.

Talking about her relationship, the 49-year-old Linda Stouffer is a married woman. She is married to her long-time dated boyfriend turned husband, Mark Strassmann. Her husband is also a journalist who serves at CBS News as a correspondent.

When They First Met?

Linda and Mark met for the first time in Waco, Texas while both of them were covering for Branch Davidian standoff. The couple is blessed with two children, a son, and a daughter. Her children have grown up. Her oldest is the daughter and she is heading to college.

Linda and her spouse Mark have spent almost two decades together. The couple is very supportive in their profession as well as personal life. There is no speculation of divorce in the marital relationship of this couple. Besides Mark, there is no information of Linda's past affairs/boyfriends. She has been loyal and honest to her husband.

As of now, Stouffer lives in Atlanta, Georgia with her hsuband and two kids.

Stouffer loves to hike and go outdoors. She is a balanced person and takes no chances in healthy living.