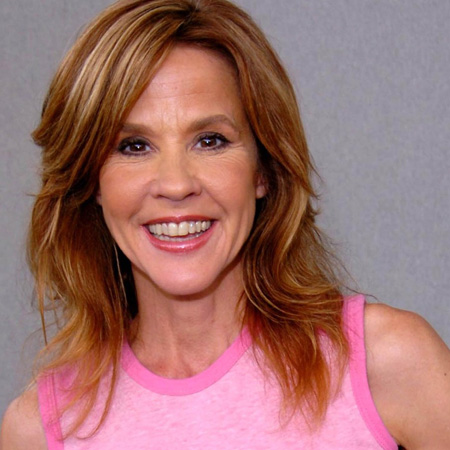 Linda Denise is an American actress, widely recognized for her portrayal as the possessed child, Regan in the movie 'The Exorcist, Blair was also nominated for an Academy Award and won a Golden Globe.

Linda Blair was born on 22nd Jan 1959, in St.Louis, Missouri, United States of America. Blair is the youngest of his three siblings. She grew up in Westport, Connecticut. She is white in ethnicity and holds American nationality.

Linda Blair's career began at her early age of four as a child model and began a regular role on the short-lived 'Hidden Faces.' Blair's first full-length movie was 'The Way We Live Now."

She was chosen from a field of 600 applicants for her notable role as Regan in the movie, The Exorcist, in 1973.

The role led Blair to achieve a Golden Globe and People's Choice Award for Best Supporting Actress, also an Academy Award nomination. Linda delivered an exceptional performance in the sequel, Exorcist II: The Heretic, in 1977.

In 1980, Linda Blair's career took a new turn, as she was offered to portray a role in a film in 1980, entitled Ruckus with actor Dirk Benedict. Blair also played in some successful low-budget exploitation and horror films, including Hell Night, Savage Streets, and Chained Heart.

Later, Linda portrayed in numerous films, mostly comedy movies, like Exorcist send-up Repossessed in 1990, and in 'Scream.' In 1997, Linda made her appearance in a Broadway revival of Grease. Blair was also cast in the BBC television show, L.A. 7.

Later in 2006, Blair appeared in a guest role on the television series, Supernatural, portraying the part of Detective, Diana Ballard and aided Sam & Dean Winchester in the Episode: 'The Unusual Suspects", broadcasted on 9th November 2006.

In the year 2013, Linda portrayed in the comedy web series, Whoa!, and has made her appearance in the 2016 feature 'The Green Fairy".

In the year 1977, Linda made her appearance in critic Mark Kermode's BBC documentary, 'The Fear of God". Most of the scenes linked to Kermode were removed from the DVD version to shorten the running time.

In 2008, Blair showed up at the 18th annual Malaga Fantasy and Horror Film Festival to accept a lifetime achievement award for her work in the horror genre.

The following year, Linda Blair acted in the documentary, Confession of a Teenage Vigilante, that talks about her role as Brenda Savage Streets.

In 2010, Blair characterized on the cable series, Jury Duty and Pit Boss. Linda also played in 2011, Rick Springfield documentary, Affair of the Heart.

Linda Blair is very private regarding her married life and relationships. She has never talked about her marriage. However, many of her fans have predicted her to be married privately, as she is already above fifty years.
Blair was found to be in multiple affairs previously, but there is no any string proof regarding that.

Later in 2011, Linda Blair, confirmed her relationship with the legendary singer, Rick James. She confirmed this after the death of her late boyfriend. The couple dated from 1982- 1984.

In a documentary making about Rick's life story, Blair talked about her affair with him and his drug addiction. She also disclosed that she fell in love with him at her age of twenty-two. Their relationship could not last long due to Rick's drug addiction.

According to some sources, Linda was rumored to be in a relationship with Rick Springfield from 1974 to 1976, Neil Giraldo in 1979 and Wong Hauser in 1990.

Linda Blair earns an enormous amount of money as a well-known actress. Blair has made her appearance in numerous movies and television series.  She has also won numerous awards for her notable appearance.

Due to her hard work and sincere dedication, Linda has made a total net worth of $ 16 million as of 2017.