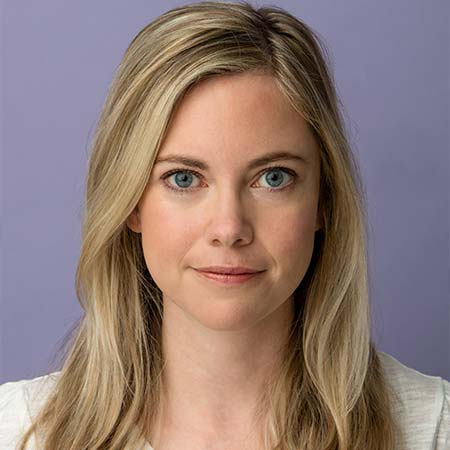 Lily Holleman is an American actress best known for starring in television series such as Tracey Ullman's State of the Union, Shameless and NCIS: New Orleans, and in films such as Tenure, How I Got Lost and @urFRENZ.

Lily Holleman was born in Washington, D.C., the United States of America, to American parents. Names of her mom and dad are not available.

As for her age, the date of birth of the actress has not been disclosed but it seems she is in her 30s. It's unknown if she has a brother or sister. She is of American nationality and belongs to white ethnicity.

Lily has graduated from National Cathedral School. She later attended Washington and Lee University from where she received a degree in Art History. She also won the John Graham Award in Fine Arts from the university.

Lily Holleman made her television debut with a Showtime hit series Tracey Ullman's State of the Union in 2008. She appeared on the four episodes of the show alongside her childhood hero Tracey Ullman.

In the same year, she also made her film debut with a college comedy movie, Tenure, alongside Luke Wilson and Gretchen Mol.

In 2011, she played the role of Lisa on the Showtime series, Shameless, and in 2012, she guest-starred on Comedy Central show Key and Peele.

Later in 2014, Lily played the role of the wife of a Navy SEAL on the CBS hit series NCIS: New Orleans. She has also guest-appeared in John Wells' NBC/TNT police drama series Southland.

Lily is currently working as the President and Chairman of the Board of the Los Angeles Breakfast Club. The organization was founded in 1925.

Being a successful television and film actress, Lily Holleman certainly earns a good amount of money from her acting career.

The exact net worth of the @urFRENZ star has not been disclosed but looking as her success, sources have speculated her total fortune in hundreds of thousand dollars.

Moving towards the personal life of Lily Holleman, it seems the Shameless star is pretty secretive about her relationships.

She has never opened up anything about her love affairs and dating history in any of her interviews. She has also not been spotted getting cozy with any man in public who we can call her boyfriend or husband.

So, let's just wait for Lily to reveal if she is single, dating or already married. Her height is 5 feet 3 inches.