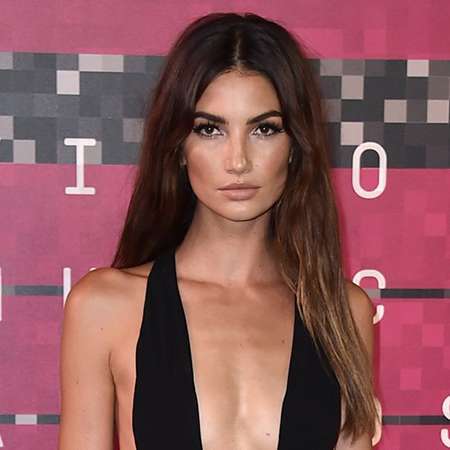 American model, Lily Aldridge is a Victoria's Secret Angel and a Sports Illustrated model appearing as a rookie alongside Chrissy Teigen and Nina Agdal in 2014 for the cover of the issue's 50th anniversary.

She has been married to Kings of Leon frontman Caleb Followill since 2011. The couple shares a daughter named Dixie Pearl Followill, born in June 2012.

Lily Maud Aldridge was born on November 5, 1985, in California, USA. She is a successful American model. Her birth took place at Saint John’s Hospital in Santa Monica, California. She is from a family with links and interests in fashion.

Her father, Alan Aldridge is an English artist while her mother, Laura Lyons was once a Playboy magazine’s Playmate of the month. Her half-sister Saffron Aldridge was a multiyear face of Ralph Lauren in the 1990s. Her half-brother, Miles Aldridge, is a fashion photographer and her sister Ruby Aldridge was the face of Marc by Marc Jacobs.

Aldridge’s modeling career began at the very young age of 16. She modeled for Abercrombie and Fitch. The next year she became the cover girl of August 2003 Spanish Vogue. Besides, she appeared in editorials for Cosmopolitan, Teen Vogue, Glamour and Elle Girl. She did advertisement campaign modeling for Rocawear, Arden, Bobbi Brown, Smashbox Cosmetics, JCrew, Levi’s JBrand, Accessorize, Velvet Tees and Shiatzy Chen.

n the same month, she, along with fellow angels Swanepoel and Heatherton appeared in an editorial for V Magazine. Rag &bone (clothing company) features Lily in their spring 2011 advertising campaign. She worked as a photographer for the same campaign in the next season. She launched her own clothing line with Velvet Tees in 2013. It is called Lily Aldridge for Velvet.

Lily Aldridge's Net Worth And Salary

Lily Aldridge's estimated net worth is $6 million. Lily is one of the struggling models in the American Land. She has slender legs and her body is attractive. She is able to be firm in her work. Her dedication is appreciated by her manager and her co-workers.

She is expected to have blooming future and she might take a jump much higher in the coming days in her career. Her fans have made a website which can be accessed through http://www.lilyaldridgefans.org/. A collection of fact can be found over.

It was reported on September 20, 2010 issue of US Magazine that Aldridge and Caleb Followill, the frontman of Kings of Leon were engaged. They first met in 2007 at the Coachella Festival and by May 12, 2011, the couple was married. They got married in Montecito, California at the San Ysidro Ranch. Lily, at the age of 26, became a mother after giving birth to their baby daughter Dixie Pearl Followill on June 21, 2012

Lily Aldridge is an American of the white race. She has a lovely height of 1.74 m. she has a very well maintained sexy body. Her measurements are 31-23-33.

Lily Aldridge is one of the sexiest models in U.S. A. She has given a lot of photo shoot in various programs. She has not only given her photos in bikini, but her topless photos can also be found on some websites. She can also be seen in her semi-nude appearance while only a few websites have her nude photos. But they all are easily available on the internet.

The hot model Lily Aldridge loves playing soccer, having dinner with relatives and friends. She also likes to attend rock concerts. She loves to spend her time going to museums. The model with a strong pa s sion to travel all around the world counts Sydney of Australia as one of her best cities.