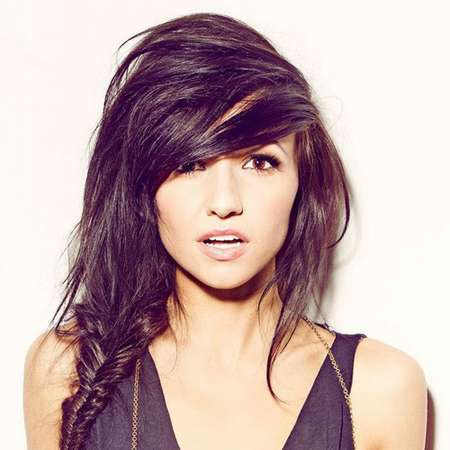 Lights Bokan is a musician and singer as well as a songwriter of Canadian nationality who is known best for the delivery of the singles including February Air, Ice, Drive My Soul and many more. She was born as Valerie Anne Poxleitner in Timmins situated in Ontario and her parents were missionary. She was born on 11th of April, 1987. She is known best for her tattoos and her constant tours around the world.

Lights spent her childhood in various parts of the world owing to the job of her parents. She roamed around Philippines, Jamaica, British Columbia as well as Ontario. She changed her name to Lights after moving to Ontario at the age of 18. Her interest in the field of music led her to be signed at the age of 15 and she was the songwriter for the show Instant Star. She released her single February Air which raised her into fame. Her gradual increase in fame and expertise in the field of music led her to eventually tour the Great Lakes Region on 2008. She then signed a record deal with the label Underground Operations and also a partnership deal with Doghouse Records. She also toured on 2010 with Owl City around Europe, Canada and United States.

For her musical endeavors, she has won the Juno Award for the New Artist of the Year, Indie Awards for the Favorite Solo Artist and Astral Media Radio Award for Favorite Single in the Canadian Music Week on 2009. All these awards were given to her for her single Drive My Soul. Her song The Listening was awarded a gold certification by the Canadian Recording Industry Association.

This pretty beauty is a married woman with a child. She met her husband Beau Bokan is the lead vocalist of the band Blessthefall, which is a metalcore band. After they saw each other on a Taking Back Sunday concert at The Wiltern situated in Los Angeles, Beau asked to be introduced to Lights. After being acquainted through mutual friends, they started dating soon after. This couple got engaged on September 1, 2011 after he made fortune cookies with a note of Will You Marry Me? for Lights. On May 12, 2012 they got married and Lights changed her name to Lights Bokan. Their first child, a son Rocket Wild Bokan was born on 15th February, 2014. The family moved to British Columbia soon after. The couple seems to be getting along pretty well in their personal lives and do not seem to be going through any marital problems.

Lights Bokan has a height of 5 feet and 5 inches. She has an attractive personality and has tattoos which make her look appealing to her fans. She has a net worth of 4 million dollars acc u mulated through her musical endeavors.