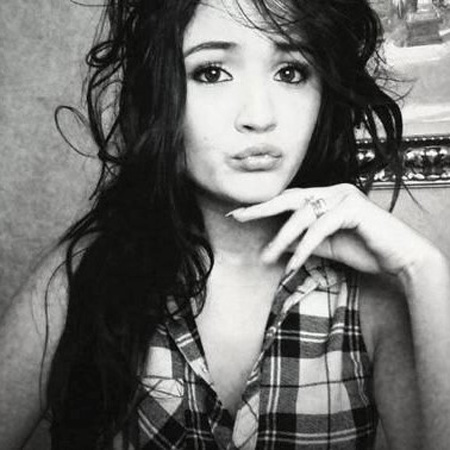 The YouTuber, Cristina Sarakas is widely recognized as LifeSimmer, who uploads content about the video game, The Sims to her channel. She began playing The Sims from her very early age of five. on July 27, 2012. She uploaded her first Simps video entitled "Pretty Little Liars: Spencer, Emily, Hanna, Aria, Ali (5-1)".

The famous  Youtuber Cristina Sarakas was born on March 15, 1998, in Massachusetts, United States of America. She belongs to American nationality an ethnicity wise, she is a White American.

She accomplished her high school level from her hometown Massachusetts school. She was interested in playing The Sims game from her tender age of five.

Cristina Sarakas was raised up in her birth place Massachusetts with her four older sisters. Unfortunately, her father died in 2014.

Cristina and comedy gamer, Brad were partners in the channel, but later Brad transitioned to Grand Theft Auto videos.

Cristina’s videos usually earned more than 500K views. In addition to Lifesimmer, she is also popular on YouTube channel named, Stina with more than 93K total subscribers. She generated the channel on July 22, 2011.

The 19 years old Cristina Sarakas is unmarried. She hasn’t shared anything about her personal life. There is also no past records of her dating and being in love relationships. She is also too young to make any boyfriend and get married. Probably, she is currently busy with her YouTube career. Besides, she is also active on Instagram. She is an avid lover of a dog as she posted several pictures on her Instagram account.

Cristina Sarakas’s exact figure of net worth is yet to be calculated, but she has garnered a tremendous amount of net worth from her prolific YouTube channel that is estimated to be $1 million.