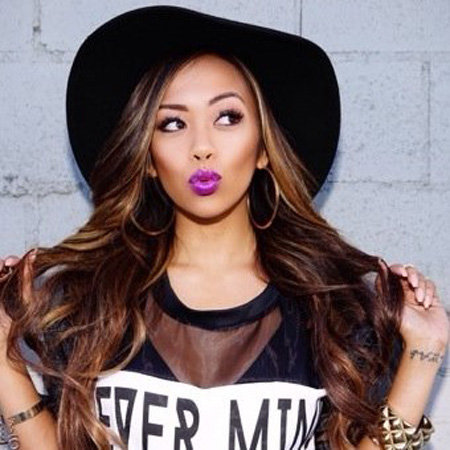 Popularly known among the teens as simply Liane V, Liane V is a versatile and talented person. She is a singer, dancer, writer, actress as well as a model. She is a prime example of a multi-media and multi-talented star and is also extremely famous on Vine for her short humorous videos. She has also released a multitude of songs. Liane is of Filipino descent, and was born in San Jose, California, raised in Modesto, and is currently residing in Los Angeles.

Liane’s inspiration to become a media performer was original because of her parents. They owned a nurse registry, but also ran a DJ company on the side. This gave Liane the opportunity to accompany them to various ceremonies like weddings, festivals, and fiestas, where they spun some of the best party music ever. This was one of the main inspirations for Liane to pursue a career in music. Even though she excelled in school, participated in gymnastics, cheerleading and played basketball, it was music that truly sparked her soul.

Since Liane didn’t really have people to back her into rising in popularity, she first used YouTube and social media to promote herself. She began to upload videos covering songs by the likes of Christina Aguilera, Aaliyah, Ariana Grande, Justin Bieber, Whitney Houston, and more. In 2014, Liane was signed by the production company Brand X. She has written several songs like No Cuffs, Mood, No Holding Back, Curious, Wild Side, etc. She has also worked with Bruce WAynne and Dirty Swift. She accompanied pop-dance group ‘The Cataracts’ on tour as a backup singer and also made appearances in videos by rapper Tyga, and Pop group The Far East Movement.

As a student in high school, Liane was an athlete. She participated in various athletic events including gymnastics, cheerleading, and basketball. She was also extremely pa s sionate about music and worked her way up into becoming a successful musician. She wrote songs and started singing at a very early age. She also made videos of herself, mostly comedic ones, and gained views, promoting herself through YouTube and Vine. Her ex-boyfriend was actor and vine star, King Bach. She began dating Don Benjamin, the competitor, and finalist on season 20 of America's Next Top Model, on 2015. She is not married nor has had any affairs.

Due to her fun loving personality, Liane has also been a sensation on Vine. Besides, she has participated and placed third in the Miss Philippines Beauty Contest and was a contestant in the Miss Asia USA Cultural Pageant. As a TV commentator, Liane has been a red carpet host for such popular shows as the Voice, X-Factor, and American Idol. She has also launched her own line of clothing, called Donut Headz. The line includes an a s sortment of fashionable snapbacks, tank tops, and t-shirts.

She has golden tan skin, long wavy hair, a shapely body and flat abs. She most likely makes around $25,000 for each sponsored Instagram post and nearly $40,000 for sponsored Vine posts.