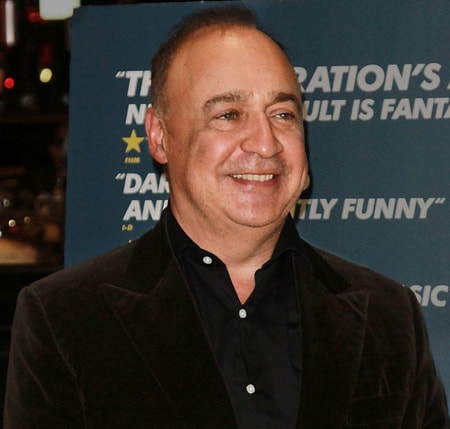 Sir Leonard "Len" Blavatnik, aka Leonard Blavitnik, is a British-American businessman, investor, and philanthropist. Blavatnik is a billionaire entrepreneur who has a whopping net worth of around $18 billion. He made his fortune through different business investments in a myriad of companies via his conglomerate company, Access Industries.

Leonard Blavatnik was born to father Valentin Blavatnik in Odessa, Soviet Ukraine on June 14, 1957. He was born to a Jewish family. Blavatnik attended Moscow State University of Railway Engineering, however, he couldn't graduate from there because of his family's request for emigration visas.

He, along with his family, emigrated to the United States in 1978 and settled there. He later enrolled at the Columbia University for a masters in computer science and later obtained an MBA degree from Harvard Business School in 1989.

Len holds dual nationality; British and American and belongs to the Caucasian ethnicity.

Blavatnik is a self-made billionaire who started his career in 1986, founding the Access Industries. It is an international conglomerate company based in New York. In the starting few years of the company, Leonard moved into Russian investments.

By far, Access has a diversified portfolio that includes investments in industries such as oil, entertainment, coal, aluminum, petrochemicals and plastics, telecommunications, media, and real estate.

The company paid $5.7 billion to Royal Dutch Shell and BASF for the petrochemicals and plastics manufacturer, Basell Polyolefins in 2005. By 2007 December, Basell completed its acquisition of the Lyondell Chemical Company for an enterprise value of  $19 billion and formed a joint company named LyondellBasell Industries. Apparently, it became the world's eighth-largest chemical company.

In 2010, Blavatnik filed a lawsuit against JPMorgan Chase, an American multinational investment bank and financial services company, after losing approximately $100 million by following its advice to buy mortgage securities. In August 2013, JPMorgan Chase was ordered to pay $50 million in compensation to Blavatnik.

Besides, Blavatnik also involves in the entertainment industry. In 2011, the Access Industries affiliate acquired Warner Music Group for $3.3 billion.

Moreover, Blavatnik is also the owner of the independent film and production company, AI Film.

Len Blavatnik is the 59th richest person in the world according to the Forbes list of richest people in 2019. According to Forbes, Leonard has a net worth is $17.7 billion in 2019. His company, Access Industries, is the primary source of income for the British-American entrepreneur.

Moreover, he made his fortune by selling his stake in the Russian oil company TNK-BP for $7 billion in 2013. On the other side, Blavatnik holds a stake in LyondellBasell, Rocket Internet and fashion label Tory Burch.

Len Blavatnik has tons of assets in his name. He has a record as the owner of the New York City's most expensive townhouse. In February 2019, he paid a humongous $90 million for the Upper East Side mansion to the Chinese conglomerate HNA Group that bought the house for $79.5 million less than a year before.

Leonard has a massive $200 million-plus worth mansion in London. Len, the second richest British, bought the house for £41 million in 2004. The mansion that is located in Kensington Palace Gardens features 13 bedrooms and 9 bathrooms and included an impressive 25-meter swimming pool.

Besides being a billionaire and one of the top 100 richest persons in the world, Leonard Blavatnik is also popular for his charity works and philanthropy. As per the article published in Forbes, Blavatnik has donated over $500 million to philanthropy. Most of the charities have been provided to universities that include Oxford and Stanford University.

In 2013, he provided a grant of $100 million to Oxford University to launch the Blavatnik School of Government, a graduate-level program focused on public safety. He also gave $50 million to Harvard University in charity the same year for the initiation of Blavatnik Biomedical Accelerator.

Also, Blavatnik provided a grant of $200 million to Harvard Medical School in 2018 in order to enhance research, investments in data science, and the creation of subsidized lab space for biotech startups.

Moreover, Blavatnik has also made some political donations as well. He has helped both President Barack Obama and presidential nominee Mitt Romney. During 2015 and 2016, he donated an estimated $7.35 million to six Republican political candidates.

Leonard Blavatnik is a married man. The 62-year-old businessman is married to Emily Appelson Blavatnik. The husband-and-wife have given birth to four children; two daughters and two sons. His daughters include Laila.

Blavatnik is a good friend of Israeli Prime Minister Benjamin Netanyahu. Likewise, he is also a good friend and a business partner of Ukranian-born Russian oligarch Viktor Vektor Vekselberg.

In 2017, Blavatnik was knighted by Queen Elizabeth II for his services to philanthropy. Also, he is a member of the Legion d'Honneur.