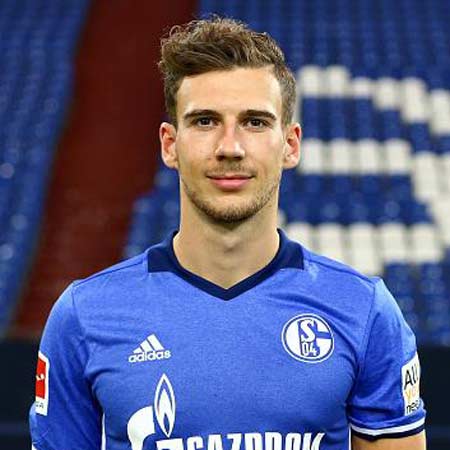 The Brightest talent in the German football team, Leon Goretzka is a young and professional footballer who plays as a midfielder for Schalke 04. He started his career in 1999 from Werner SV 06 Bochum. Goretzka represented his country in U-16, U-17, and U-21 matches. He also played in the 2016 Summer Olympics. He is in the German squad for the 2018 FIFA World Cup.

Leon Goretzka was born Leon Christopher Goretzka on 6th February 1995 in Bochum, Germany under the birth sign Aquarius. Goretzka is German by nationality and belongs to Caucasian ethnicity.

He was raised in Bochum along with his sister.

Leon Goretzka started his career with Werner SV 06 Bochum in 1999. After playing for two years, Goretzka moved to VfL Bochum in 2001.

On 30th July 2012, Goretzka was awarded the 2012 under-17 Fritz Walter Medal in gold. The next month, he made his debut for the club in the 2. Bundesliga against Dynamo Dresden. As per, former Bochum coach Peter Neururer, "He is Germany's biggest talent in 50 years".

On January 19, 2018, it was announced that Goretzka signed a four-year contract with Bayern Munich  and will officially transfer to the club on 1st July 2018,

Goretzka along with Max Meyer was named in the squad for the 2016 Summer Olympics. He was the captain of Germany in the first match against Mexico but later returned to Gelsenkirchen due to his shoulder injury.

Germany’s manager, Joachim Low selected him into the 30-man squad for the German national football team for the 2014 FIFA World Cup. In 2017, he was in Germany’s squad for the Confederation Cup in Russia, He scored his first goal for Germany on 20th June 2017 in nation’s opening match; a 3-2 victory over Australia.

He is selected as a Germany squad for the 2018 FIFA World Cup.

Leon Goretzka has an estimated net worth of $11 million. Goretzka earns the salary of $3 million. His current market value is €40 million ($47.25 million). He endorses the brand Nike.

Leon Goretzka lives a low key personal life and does not share much about him in the media. He is not married yet and has not introduced anyone as his girlfriend.

He has an impressive fan following on his social media with over 430k + followers on his Instagram account.

Some of his hobbies are playing football, traveling, listening to music and watching movies.

Here is the video which shows the skills of Leon Goretzka: