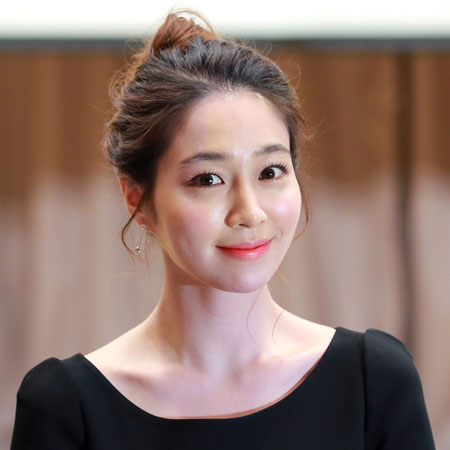 Lee Min-jung is a popular South Korean actress. She made her acting debut in 2004 in Jang Jin stage play, Taxi Driver. She rose to fame after starring in the romantic comedy, Cyrano Agency in 2010. She won six awards for her role Kim Hee-Joong in the movie. She is also best known for her appearances in  Boys Over Flowers (2009),  Wonderful Radio (2012), Big (2012), Cunning Single Lady (2014) and Please Come Back, Mister (2016).

Lee is married. She tied the knot to her longtime actor boyfriend, Lee Byung-hun in 2013. The couple has a son named, Lee Joon-hoo.

Lee Min-jung was born on February 16, 1982, in Seoul, South Korea, under the birth sign Aquarius. She belongs to the Asian ethnicity and holds South Korean nationality. She graduated from Sungkyunkwan University with a degree in Theater.

Her maternal grandfather, Park No-soo was one of the renowned painters who led the first generation of modernized traditional Korean ink painters. He died at the age of 68 on February 25, 2013.

Lee Min-Jung started her acting career in 1999 in The Gate of Destiny in a minor role. Then she starred in the films like Wishing Stairs, Someone Special, Wet Dreams 2 but none of them gave her the recognition she deserved.

In 2004, she acted in  Jang Jin's stage play, Taxi Driver. She received critical acclamation for her performance in the play and started receiving many offers from big-budget films and music videos.

The next year, she made her television debut in the Love and Sympathy as Kim Young-Joo alongside Wang Bit-Na, Lim Ye-Jin, Park In-Seo, Choi Hwan-Jun, and others. Later she featured in few films and TV series such as Kimcheed Radish Cubes, Who Are You?, Moodori, Pruning the Grapevine.

The year 2009 was the career-changing year for Lee Min-jing as she got a pivotal role of Ha Jae-Kyung in popular KBS2 TV series, Boys Over Flowers. The series was one of the most watched series in Korean history.

Afterward, Lee landed her first lead role in the popular weekend drama, Smile, You. She also appeared in movies, Searching for the Elephant, White Night and she won Korean Association of Film Critics Awards for Best New Actress for her role in White Night.

The following year, she starred in the romantic comedy, Cyrano Agency where she portrayed the role of Kim Hee-Joong. The movie was commercially successful, and she was highly appreciated for her acting skill and dialogue delivery. She even won several prestigious awards for her role.

After the success of Cyrano Agency, Lee became the first choice for commercials and endorsements, and media labeled her as "goddess."

Lee never play safe, she prefers to be versatile, as a result, she worked on different genre movies and TV series. In 2011, she featured in Midas followed by Big, All About My Romance and Cunning Single Lady. Her most recent screen appearance was in 2016 in Come Back Mister.

Lee Min-jung received her first award in 2009 for her performance in Smile, You at SBS Drama Award in the category of New Star Award. Then she won Best New Actress for White Night. In 2010 she won several awards for Cyrano Agency. The awards include Grand Bell Awards, Style Icon Awards, Blue Dragon Film Awards, University Film Festival of Korea, Director's Cut Awards.

Lee has been the part of the Korean movie industry for a long time and has appeared in more than fifty films, movies, and commercials, She is also a big part of the theatre world. All of these are her main sources of income. Besides, she is also involved in several endorsement deals including Makeup Forever (2009), Tommy Hilfiger Jeans (2009), Sony Ericsson (2009), and Omphalos (2008) which adds more to her value.

Lee Min-jung is a married woman. She tied the knot with her longtime boyfriend Lee Byung-hun who is a Korean actor, singer, and model on August 10, 2013, at the Grand Hyatt Seoul in an intimate ceremony.

The duo first met at the dinner date through the help of a mutual friend.

"As soon as we met, he said something like “Due to seeing you from a bright spot, you’re a dark circle!” Ah, as the back of my neck was becoming numb, I broke out into a cold sweat and even my face became red and flustered, so all I could utter was “Huh?”

They started dating in 2006 and had broken up once but got back together in 2012.  Lee talked about her relationship in an interview.

“Every relationship has problems but you don’t throw it away when it’s not working. You fix it, just like how everyone used to fix their telephones and television sets. These days, people just throw them away and buy new ones.”

The couple is one of the popular Korean celebrity couples. Their cute PDA always attracts the attention of paparazzi. They are now the proud parents of a baby boy. They welcomed their son named Lee Joon-hoo in March 2015.

Below, we present the interview of Lee Min-jung