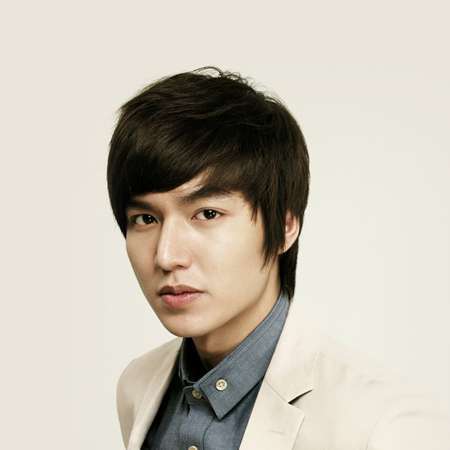 Lee Min-ho is a South Korean actor and singer. He first acquired widespread fame in Korea and parts of Asia with his role as Gu Jun-Pyo in ‘Boys Over Flowers’ in 2009. He also played lead roles on the Series City Hunter and The Heirs and was featured in the 2015 film ‘Gangnam Blues’.

He was honored with a Best New Actor award at the 45th Baeksang Arts Awards for his role in ‘Boys over Flower’. Lee Min-ho was born on June 22, 1987, in Seoul, South Korea. He spent his childhood in his birthplace Seoul, where he stayed with his family.

Lee Min-ho was born on June 22, 1987, in Heukseok-dong, Dongjak-Gu, Seoul. He is South Korean by nationality and belongs to Asian ethnicity.

He has an older sister named Lee Yong-Jung, who is the CEO of his agency MYM Entertainment. He had hoped to become a professional football player in his childhood days.

He used to practice a football player during his childhood.  However, he had to give up his childhood dream. Lee moved to act, in his second year of high school. Lee has a major degree in Film and Art at Konkuk University.

Lee began his career in 2006. He auditioned and landed minor roles in many television dramas like Nonstop 5 and Recipe of Love.

He has worked in many movies in his career. His movie works include Bounty Hunters in 2016, Gangnam Blues in 2015, Our School's E.T., and Public Enemy Returns.

Lee made his official debut in 2003 in an EBS series, Secret Campus. During his early career, he went by the stage name Lee Min because his agency thought his birth name was too ordinary.

However, as his stage name was pronounced and written (Hangul) in the same way as the Korean word imin, which means "immigration", it made it hard for him to show up his ball in internet search results. He eventually went back to using his original name.

Lee’s breakthrough came in 2009, with the lead role of Jun-Pyo in KBS’s 'Boys Over Flowers, the Korean adaptation of the popular Japanese television drama Hana Yori Dango, based on the popular Shojo Manga Boys Over Flowers. The series earned high viewership ratings in South Korea and popularity throughout Asia.

Lee featured in the romantic comedy Personal Taste in 2010, in which he performed as an ambitious perfectionist young architect.

Lee’s wax figure was unveiled at the Madame Tussauds in April 2013, in Shanghai. In May 2013, he released his first album “My Everything” and went on a fan meeting tour in Asia in cities like Shanghai, Beijing, Kuala Lumpur, Manila, Yokohama, and Taipei. Lee became the first Korean celebrity to perform on China’s CCTV Lunar New year gala at the beginning of 2014.

Lee Min's net worth is estimated to be around $10 million. He has earned a huge amount of salary from his career. He has been honored with many awards for outstanding performances.

Lee Min-Ho hoped to become a football player in his early days, but an injury in the 5th grade of elementary school ended those dreams. However, Lee Min-Ho still keeps up with football and mentions Cristiano Ronaldo as his favorite player.

Talking about his personal life, he is unmarried and has no children. He was rumored to have a relationship with Jo-ming do in early 2012. He admits that he will get married as soon as he finds a girl of his type.

Lee was in a relationship with Suzy Bae from early 2015 to November 2017. He also had an affair with actress Park Min-young and Kim Hee-sun for a brief time.