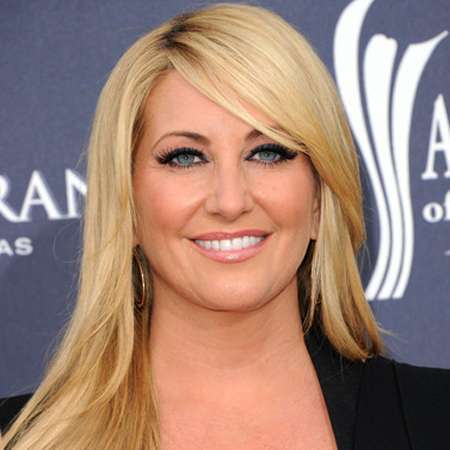 Lee Ann Womack is an American country singer and songwriter. She became famous after her 2000 singles ‘I Hope You Dance’, which was a major crossover music hit, reaching number one. Lee released her debut album in 1997 and the next year she was back in the limelight with ‘Some Things I Know’. Her album ''There's More Where That Came From' was one of her biggest successes and made her one of the talented and popular singers of all time. As of 2016, Lee has released a total of six studio albums and two compilations.

Lee Ann Womack was born on 19 August 1966 and was raised in Jacksonville, Texas.  She was interested in country music since an early age as her father, a DJ, used to take her to work with him to help choose records to play on the air. Womack’s father was a high school principal too and mother was a school teacher by profession. She was the second of two daughters of her parents.

Lee Ann Womack attended South Plains Junior College in Levelland, Texas. Later, she joined the country Caravan, which was a college band. Likewise, she went on to study music business at Belmont University in Nashville, Tennessee. At one of her concerts, she was noticed by Tree Publishing and signed her after listening to one of her original demo recordings. After that, she decided to pursue her career as a country singer and accepted a contract from MCA’s sister record company, Decca Nashville in 1996.

It was the year 1996 when Lee Ann Womack signed a contract with Decca Records as a recording artist.  Her debut album was released in 1997 and gave her the massive success as a country singer. Songs like ‘The Fool’, and ‘Never Again’ reached the number two spot on the charts. Similarly, the next year, Lee Ann released her second album ‘Some Things I Know’ and several tracks of this album also made it to the country chart including ‘You’ve Got to Talk to Me’ and ‘A Little Past Little Rock’.

Lee Ann Womack next album released in 2000 named ‘I Hope You Dance’ became her biggest success so far. The album nearly sold more than 3 million copies and also the song ‘I Hope You Dance’ reached the top of the country music charts that year. Similarly, she released her fourth studio album in 2002, titled ‘Something Worth Leaving Behind’. The album made a stronger attempt at a pop-flavored style but it did not react well unlike her previous albums.

However, Womack did win her first Grammy Award for the Best Country Collaboration along with Vocals for a duet with Willie Nelson, ‘Mendocino Country Line’. The same year, she released an album of Christmas songs named ‘A Season for Romance’.

There’s More Where That Came From

Lee Ann Womack released her fifth studio album aimed at traditional country music entitled, ‘There’s More Where That Came From’ in 2005. The album was even called an ‘a return to tradition. The songs featured songs about cheating and drinking with a distinctive older country twang, steel guitar, and mixing strings. The album was a massive success and it was able to win the Country Music Association’s ‘Album of the Year’ award in 2005.

Lee Ann Womack married singer and songwriter Jason Sellers in 1990. The couple met at the Belmont University and instantly fell in love with each other. The couple also has a daughter together named Aubrie born in 1991. However, after the six years of their marriage, the couple separated in 1996. Later Lee Ann fell in love with producer Frank Liddell. She also gave birth to his daughter named Annalise Liddell in January 1999 and the couple also got married the same year.

The net worth of Lee Ann Womack is estimated to be around $20 million dollars. Her successful music career over the years is the reason behind her outstanding net worth.