Learn what does Jeremy Wade work as besides a Television Presenter 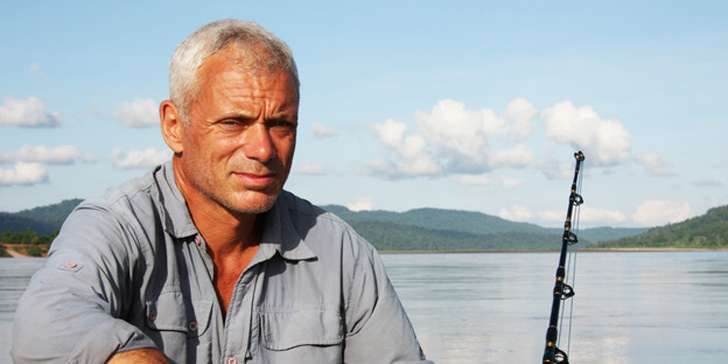 Jeremy John Wade is a well known British television presenter. He is also an author of books on angling. He is popularly known for his television Series River Monsters and Jungle Hooks. Wade first made his overseas trips to India's mountain rivers. He has ever since then made trips around the world in search of elusive fish species. His interest in fishing began when he was living in East Anglia, on the banks of Suffolk's River Stour.

With his interest he has taken many trips to the Congo and Amazon rain forests. With the aid of local fishermen, Wade travels the world to catch various fish. He is said to be hitched towards fishing and is highly obsessed with it. He is known to have encountered many dangerous fishes and other sea creatures as you can see it in his program. His work is equally dangerous as well as adventurous. It is said that many a times, he has been threatened at gunpoint and been taken as a fugitive, while in other cases, he has been swept by river flood, infected with malaria.

Despite these dangerous encounters, he loves what he does and says he never wants to quit whatever the case may be. Wade besides being a TV presenter is also a published author. With joint-author Paul Boote, in 1992 Wade published his first book, Somewhere Down the Crazy River. Wade has also written River Monsters which details his hunts and journeys around the world. Other than being a writer and a TV persona he has tried acting too. Yes, Wade made his acting debut in the 2014 film Blood Lake: Attack of the Killer Lampreys, playing a lamprey expert. He had previously covered the fish in the River Monsters episode "Vampires of the Deep". He is famous mostly for his TV shows but has also tried his hand in a lot of other works. Little is known about his married life. He is said to owe a net worth of $1.5 million.