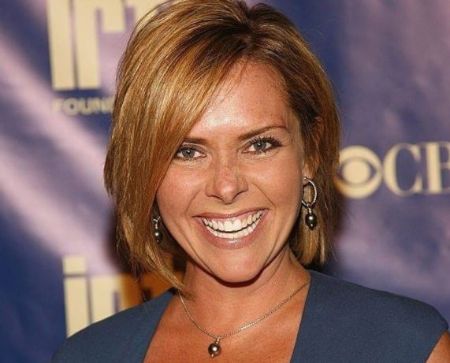 Leanza Cornett is a late American television personality and beauty pageant titleholder. She was popular for winning Miss Florida 1992 and Miss America 1993. Likewise, she was an actress known for her roles in The Lords of Los Angeles, The Tick, and Still Waiting in the Wings.

How Did Leanza Cornett Die?

Leanza, who was Miss Florida in 1992 died at the age of 49. The reason for her death was injuries she suffered in a fall at her Florida home.

Leanza was hospitalized after the accident which took place at her house. Sadly, she took her last breathe on October 28, 2020, at her residence in Jacksonville, Florida. However, the news was announced by The Miss America pageant on its Facebook page.

As per IMDb, both of her parents, Patti and Richard Cornett were teachers by profession. She spent her entire childhood in Jacksonville, Florida.

Regarding her education, Cornett graduated from Terry Parker High School in 1989. After that, she was said to be inducted into the school's Hall of Fame (2006).

What Was The Net Worth Of Leanza Cornett?

During her active year, the former television personality had never revealed her fortune. As per reports, Leanza Cornett was believed to have an estimated worth of $700,000.

When she was alive, the Virginia-born beauty pageant titleholder gathered an impressive wealth. She earned a decent sum through her successful career as an actress and singer.

Leanza Cornett began her professional journey by participating in the beauty pageant. She first came to the spotlight after she was crowned Miss Florida in 1992. The following year, she again won the title Miss America.

Back in 1994, she made her acting debut with the television debut Treasure Island: The Adventure Begins. Then, the pageant titleholder appeared in the show Saved by the Bell: The New Class.

Furthermore, she portrayed the role of Fantine in the 2018 film Still Waiting in the Wings. The movie directed by Q. Allan Brocka stars Jeffrey A. Johns, Joe Abraham, Rena Strober, Adam Huss, and many more.

Besides that, Miss America was previously a member of the Contemporary Christian music group Area Code. The troupe has released their single album titled One Big World.

Leanza Cornett was married to Mark Steines. Her ex-husband is an American broadcast journalist and actor. He is worldwide famous as a host of Entertainment Tonight (2004-2012) and Home and Family (2012-2018).