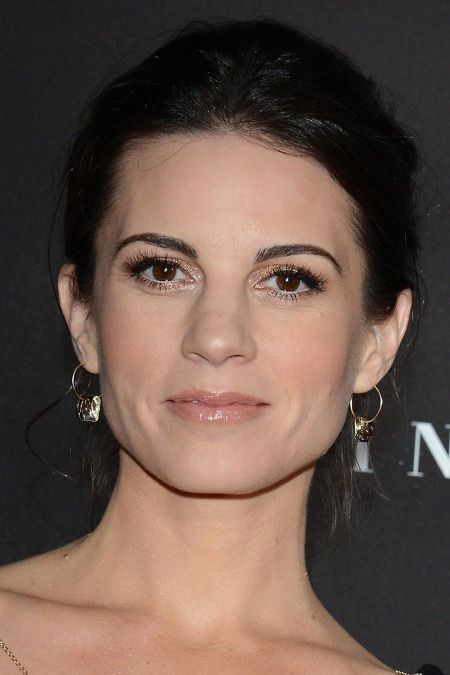 Leah Cairns is a Candian film and television actress most known for playing Lieutenant Margaret "Racetrack" Edmondson in the 2000s reboot of Battlestar Galactica and Jenna in the Canadian comedy-drama series Godiva's.

How Old is Leah Cairns? What is Her Height?

Leah Cairns was born on June 2, 1974, the older of two daughters to a salesman father and an elderly caretaker mother. She has a younger sister named Lindsay Cairns, who like her older sister, was also a fashion model. Leah Cairns is 46 years old at the time of this writing in November 2020 and stands at a height of 5 feet 5 inches (1.65 meters).

Born in North Vancouver and raised in Kamloops, British Columbia, Canada, Cairns had aspirations of becoming a professional dancer but her dreams were dashed when she suffered a career-ending back injury after being involved in a car accident at the age of 16. She backpack trekked all over the world in over 36 countries and through eight years to rediscover herself.

When she returned to Canada, Cairns took up acting and made her on-screen debut in 2002.

Is Leah Cairns Married? Does She Have Children?

Leah Cairns has been married since 2004 to fellow Canadian, Kevin Hawryluk. Despite being together for over 14 years, they do not have any children.

Leah Cairns made her on-screen debut with a small role in the Showtime sitcom The Chris Isaak Show. Her big break came when she was cast as one of the main characters, Jenna, in the  Canadian comedy-drama series Godiva's. 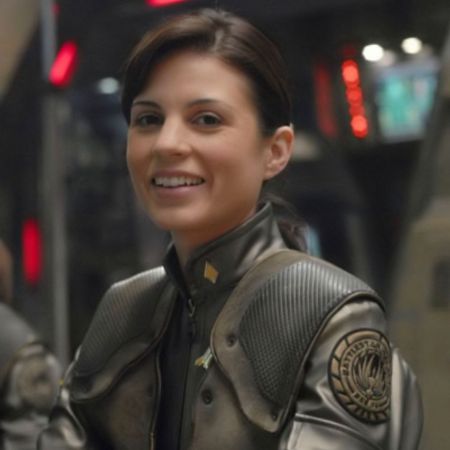 She has since had prominent roles as Emily Hollander in the ABC Family sci-fi series Kyle XY and as Kathryn MacLaren in the Canadian-American Netflix sci-fi series Travelers.

On the big screens, Cairns has made appearances in movies like 88 Minutes, Kickin' It Old Skool, Helen, Interstellar, and Diminuendo.

According to some online sources. Leah Cairns is estimated to have a net worth of as high a figure as $400 thousand. Her wealth is attributed to her career as an actress. The 46-year-old aspired to become a professional dancer but when a career-ending back injury dashed her dreams, she became an actress. She has found widespread success as Lieutenant Margaret "Racetrack" Edmondson in Battlestar Galactica, as Jenna in Godiva's, and as Kathryn MacLaren in Travelers.