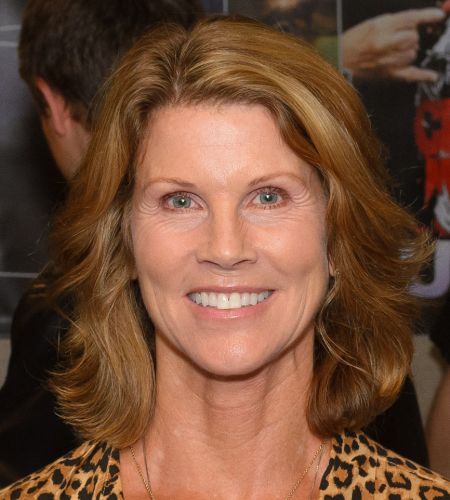 Leah Ayres is an American film and television actress most known for starring as Janice Kent opposite Jean-Claude Van Damme in the 1988 martial arts film Bloodsport.

How Old is Leah Ayres? Where was she Educated?

She was born and raised in the Roland Park area of Baltimore where she attended Roland Park Country School. She briefly attended Tufts University before transferring to New York University, where she earned her degree in dance.

She went on to earn her Masters in Arts degree in 1996 from Pacific Oaks College in Pasadena, California.

Mother of a Son with Husband Bruce Kalish

Leah Ayres has been married for close to thirty years to her husband, the American writer-producer Bruce Kalish. Kalish is most known as the executive producer on several iterations of the Power Rangers television series including Power Rangers S.P.D., Power Rangers Mystic Force, Power Rangers Operation Overdrive, and Power Rangers Jungle Fury.

Leah Ayres made her on-screen debut in the late-'70s with appearances on movies like All That Jazz, The Burning, Dead Ringer, and Eddie Macon's Run.

She made her television debut as Valerie Bryson in the CBS/ABC daytime soap opera The Edge of Night. In 1983, she starred as Linda Bowman in the short-lived ABC sitcom Nine to Five. She also had a string of guest appearances on TV series like Fantasy Island, The A-Team, The Love Boat, Hotel, and Crazy Like a Fox. 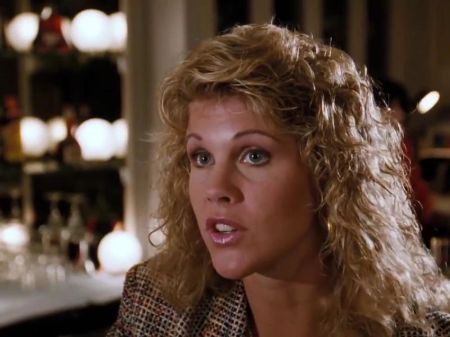 Ayres is perhaps most famous for starring as Janice Kent opposite Jean-Claude Van Damme in the 1988 martial arts film Bloodsport.

Courtesy of her nearly two decades in the acting industry, Leah Ayres is believed to have a net worth of around $0.5 million in 2020.

Where is Leah Ayres Now?

After retiring in the late-'90s, Leah Ayres, now going by Leah Kalish, teaches creativity and imagination-building exercises for children. She formerly worked as the Program Director for the LA-based yoga institute, Yoga Ed. She also co-created a children's yoga program, Yoga Kit for Kids, and a children's game, Games for Life. She also created Yoga Playgrounds, a school-based yoga program for kids.