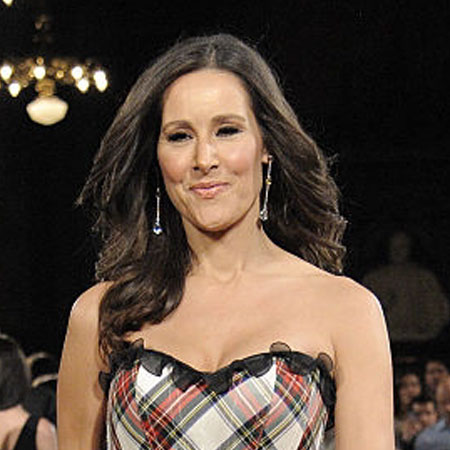 Lea Gabrielle is an American journalist as well as a correspondent for the Fox News Channel. She is also the general assignment reporter for the Shepard Smith Reporting.

Lea Gabrielle was born in 1975 in the United States and grew up along with her older brother. She holds an American nationality and falls on the white ethnicity group.

Following her graduation, Lea attended US Navy Flight School at the Naval Air Station Pensacola from 1998 to 2000 in Florida. There she earned her Naval Aviator Wings. She was qualified as a commercial pilot and with an instrument rating.

In the United States Navy, Lea Gabrielle served for twelve years. There she was a fighter pilot of a single-seat F/A-18 Hornet with the combat deployment from the USS George Washington.

Lea Gabrielle's call sign as a pilot was a Flower. Her additional duties were as a landing signal officer as well as a squadron public affairs officers.

From 2010 to 2011 Lea worked for NC News in Washington DC. There she wrote, edited, shot and produced packages for The Today Show, N websites, NBC Nightly News and went spots. She covered stories for the NBC Nightly News web page as well as nationwide NBC affiliates as a digital journalist and editor.

The current relationship status of Lea Gabrielle is yet to be confirmed but she was once married. Though she has a great career it seems like she has some problem in her personal life. She is very protective of her personal life and kept in low profile.

Lea was married to Greg Sutton. He is a System Engineer at Johns Hopkins University. Due to some reason their marriage did not work so the couple divorced. She had no child with Sutton.

Recently, Lea gave the signal that she might be dating someone. In her twitter account, she posted a photo of a gift where she has also written that it was given by her boyfriend.

Lea Gabrielle's Net worth and Salary

Salary of the news correspondent of Fox News Channel is around $60,000 to $70,000. From the amount, it can be said that she earns fairly but her net worth is yet to be disclosed.