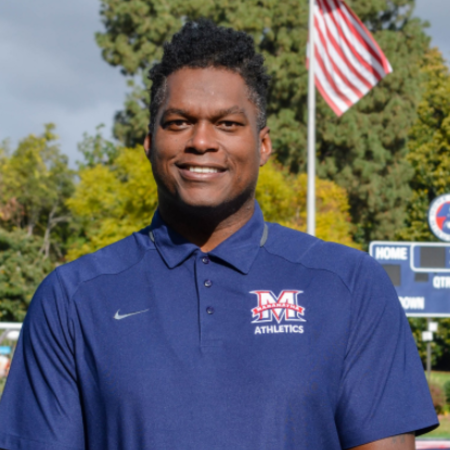 LaVar Arrington is a retired American professional football player who played in the NFL for the Washington Redskins from 2000 to 2005 and for the New York Giants in 2006.

How Old Is LaVar Arrington? What Is His Height?

LaVar Arrington was born LaVar RaShad Arrington on June 20, 1978, the middle son of three, to former army vet-turned-minister Michael Arrington and special education teacher Carolyn Arrington. LaVar is 42 years old at the time of this writing and stands at 6 feet 3 inches (1.91 meters).

Arrington's football career began at his high school, North Hills Senior High School in his hometown, where he was a  linebacker and running back. He went on to attend Pennsylvania State University, where he played for the  Penn State Nittany Lions.

What is LaVar Arrington Known For?

LaVar Arrington was drafted by the Washington Redskins as the first-round draft pick and the second overall during the 2000 NFL Draft. He played five seasons with the Redskins before leaving in 2005.

In April 2006, Arrington signed a seven-year contract with the New York Giants worth $49 million. Unfortunately, he was sidelined for most of 2006 due to injury. He was let go in February 2007. 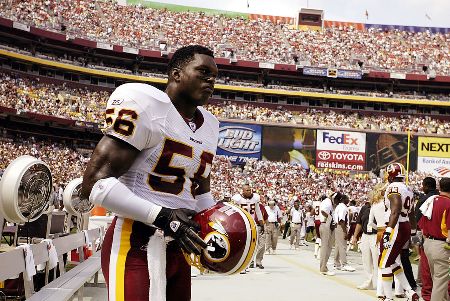 After retiring from active competition, Arrington made his broadcasting debut as a pre-game and post-game analyst for Comcast SportsNet. Since 2019, he has been working as a sports analyst for the FS1 talk show Speak For Yourself.

Who is LaVar Arrington's Wife? Does She Have Children?

LaVar Arrington has been married for sixteen years to his wife, Trish Arrington, a fitness model and Dean of Students. 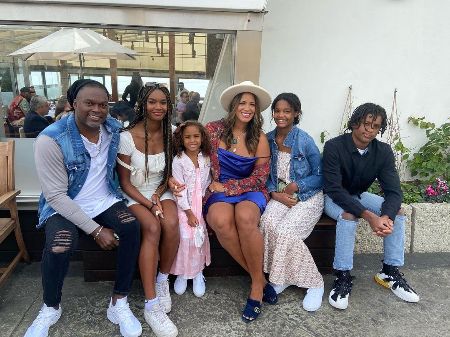 LaVar Arrington with his wife Trishia and their four children SOURCE: Instagram

They got married in March 2005 and have four children together -- three daughters and a son.

How Much is LaVar Arrington Worth in 2021?

According to celebritynetworth.com, LaVar Arrington has a net worth of $45 million as of March 2021. The retired NFL linebacker played five seasons with the Washington Redskins (2000 - 2005) and a season with the  New York Giants (2006).