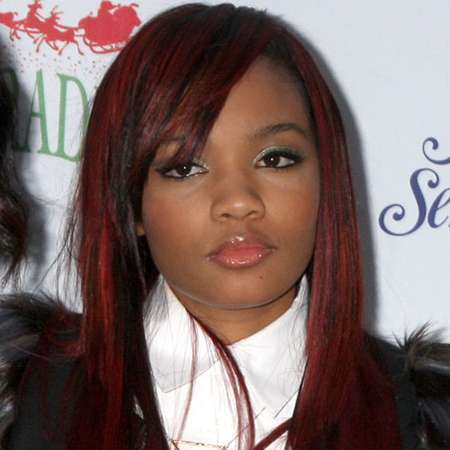 Lauryn McClain is an American singer and actress born on 9 January 1997 in Decatur, Georgia, United States. She is well known for her band McClain, which was formed in 2004. Some of her best works are A.N.T. Farm from 2011, Daddy's little Girls from 2007 and Chimpanzee from 2012. Lauryn McClain, along with her sister, released her first promotional track Silly Games in 2005 and debut single 'Go' in November 2012 and 'He Loves Me' in 2014.

Lauryn Alisha McClain was born on 7th January 1997, in Decatur, Georgia, the United States of America to Shontell McClain and Micheal McClain. She has sisters, Sierra McClain and China Anne McClain, and a brother named Gabriel McClain. Lauryn discovered her love and passion for music when she was in her first school musical. She was a very shy girl then but once she appeared in her first movie she built up confidence and wanted more. She is one of the huge fans of Avril Lavigne as she always wanted to write and sing songs like her. Then as she appeared on stage and wrote songs with her sisters, she has become more and more confident.

Lauryn Alisha McClain started her career being in a band formed by three sisters; Sierra Aylina, Lauryn Alisha McClain, and China Anne McClain. All these three sisters became interested in music and formed a band named McClain while their father was a writer and producer. In 2005, she got a supporting role with her sister Sierra while China was in the main role of Alex in the movie 'The Gospel'.  In the same year, the girls formed a group the 3McClain Girls. They released the song called Silly Games, produced by Michael McClain and Larry Nix and written by Shontell McClain.

Lauryn Mcclain and her role

Lauryn McClain is coming in the upcoming movie Descendents 2 and will be taking the role of Freddie from younger sister China Anne. A.N.T is an American teen sitcom, which is originally aired on Disney Channel from May 6, 2011, to March 21, 2014. Lauryn McClain was the composer for this series. In the movie, Chimpanzee Lauryn McClain with her sister wrote and performed the song 'Rise' as the credit song for Chimpanzee which peaked at #4 on Billboard's kid Digital Sings Charts and was released in support of Disney's Friends for Change. Chimpanzee is a 2012 nature documentary film about a young common chimpanzee named Oscar who finds himself alone in the African forests until he is adopted by another chimpanzee that takes him in and raises him like his own child.

There is not information about Lauryn McClain's love affairs and her net worth is still unknown.  Lauryn McClain is doing well in her musical and acting career. She is devoted towards her work, and it is sure that she will be gaining more popularity in the days to come.