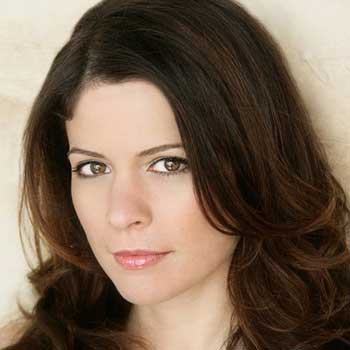 Lauren Stamile, an American actress, is best known for her role as Nurse Rose in the BC series called Grey’s Anatomy, on the NBC series Community as Michelle Slater and in the USA Network series Burn Notice as CIA Agent Dani Pearce. Lauren has been active in the entertainment arena through acting since 1999 till present. Lauren has the pleasing personality with the gorgeous looks. She has established her as a versatile actress playing in different roles. She is one of the talented actresses in the industry.

Born in the year 1976 September 12 in Tulsa, Oklahoma, USA, Lauren is the third child among the five siblings she has from her parents. She was born in a very simple family belonging to the medical background with the shortages.

Her father was a physician and mother was a nurse. However, the earning was not enough. She began to work from the early age to fulfill her shortcomings as well as her college fees. While studying in colleges, she used to work at the restaurants to earn the money to pay for the college. She had attended Cascia Hall Preparatory School.

She has completed her graduation from Northwestern University located in Evanston, Illinois majoring in theatre. After completion of graduation, she moved to New York City, New York in order to pursue her career in acting.

Initially, she appeared in the commercials for example for the Old Spice, JC Penney, summer’s Eve, Tassimo and Volkswagen. It was in the year 1999 when she got chance to debut in the television screen in an episode of Law & Order: Special Victims Unit as Sarah and in 2000, she got her first debut in the film industry in the role of Mel in the movie titled Something Sweet.

Since then, she never had to look back. She then began to get busy with the various movies as well as television shows, program, and series. To name some of the movies she has played in are Follow Me outside (2000), Kissing Cousins (2008), Alligator Point (2009), Untitled Allan Loeb Project (2011), etc.

Lauren Stamile's Net Worth And Salary

Lauren Stamile's net worth is $7 million as per some online sources. She has earned a huge amount of money from her career as an actress.

She has appeared in the movies such as Tooken, Overnight, Low Fidelity, The Blue Tooth Virgin, Kissing Cousins, and The Last Letter.

Her television works include Law & Order: Special Victims Unit, The Drew Carey Show, Without a Trace, CSI: Miami, and Committed.

Lauren is satisfied with her works and wants to have more success in her career. She is an ambitious one and keen to learn personality. She stands the height of five feet and seven inches tall having the sexy body features.

She has maintained her body weight controlling her diet, performing yoga and exercises on regular basis. She has a glowing face and radiant skin. Her long and toned legs have made her look more stunning in tights and looks utterly hot in bikinis.

Lauren loves the nude colors while it comes to wearing lipsticks or nail polish. She loves wearing cosmetics but that gives her a natural look. She loves to listen to music, travel and spend time with her husband in her free time. Lauren enjoys a very good net worth.

Talking about her personal life, she is a married woman. She is married to Randall Zamcheck in the year 2009. It has been more than five years that the couple is married but there has not been any news of them having any children.

Once in 2012, there was a rumor that she was pregnant but since the baby is not born or was seen with the baby bump, the rumor was just airy. The couple is happily married, satisfied and supportive of each other. Thus, no any news of them t get divorced in any soon future.

There a lot of her admirers and well-wishers continually wishing success to her. A lot of information on her can be extracted through her biography available on different internet sites as well as articles written on her, also with the pictures and videos of her. She can also be followed on Twitter, Instagram, and Facebook.