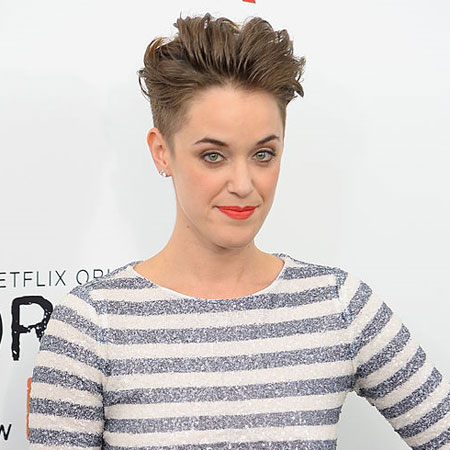 Lauren Morelli is a television writer and a producer, famous for her work on the Netflix original series; Orange is the New Black.

Morelli was born on 22 July 1982, in Pittsburgh, Pennsylvania, U.S. She is American by nationality and doesn't belong to any other particular ethnicity apart from White.

She grew up in Pittsburgh, Pennsylvania in McCandless suburb. There she went to  Winchester Thurston School. Morelli went to Marymount Manhattan College where she studied dance. Her career as a dancer ended after a back injury.

Morelli started her writing career with short stories and small blogs. She earned her first high-profile writing position on the Netflix series; Orange is The New Black in 2013. She was the lead writer in ONTB's two episodes of the first season; WAC-Pack and Tall Men With Feelings.

She has also worked as a playwright for her short play, Roach & Rat. It was featured in Lesser America's production of Just Right Just Now in New York. Some of her other works as a writer are Hum and Inside Edition.

Morelli, age 35, has come out as a lesbian.She filed for divorce from her husband, Steve Basilone on 12 September 2014. The couple was married for two years.

Morelli met Wiley while working on the series. They have been in a relationship for quite some time. The couple got married on 25 March 2017, in Palm Springs, California.

Lauren Morelli's net worth is more than $1 million, most likely or even more as she is associated with the globally hit series Orange is The New Black.