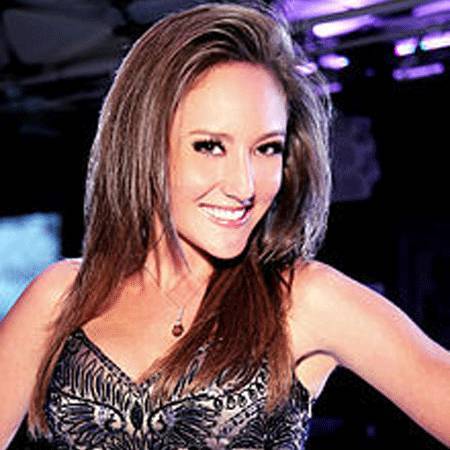 Born on 27 November 1985 in Tampa, Florida to David Mayhew, an orthopedic surgeon and Sharon Mayhew, a nurse, Lauren C. Mayhew is an American actress and singer and ring announcer. She started her acting career at the early age of 8 in the PBS series called The Reppies. Mayhew became a finalist in the national Wilhemina contest at only 9 years of age.

Lauren Mayhew is a UCLA in Los Angeles graduate and is an anchor for the famous World Wrestling Entertainment (WWE). Her first wrestling appearance as a ring announcer was for ECW brand on October 6, 2009. Other than working for WWE, she is also a known singer and actress. She has given some noticeable appearances in NBC's  famous show The Voice, and many other channels like Lifetime, MTV and E Network which has made her a known name in TV media.

Some of her famous reality based shows include Dance Moms, The Hills and Giuliana and Bill. Lauren Mayhew has also been featured in many commercials and adds including Universal studio produced Bring It On: In It to Win It which was a national commercial for Klondike Bar.

Lauren Mayhew, in recent days, is working on her musical single song for the famous UFC which is marketed by EDM. She has already given a remarkable UFC anthem called 'What Is Love'. Her music video featured some of the famous UFC fighters which debuted on FOX Sports 1. She was featured on FOX SPORTS website's homepage because of her hit single for UFC. Mayhew also joined the crew of the famous TV show "The-Stream" and works for Comic-con The Flash After Show interview series.

Lately, the singer and Ring announcer is also linked with some of the upcoming movie projects such as Searching for Katie, and a new web series Escort which is set release in late 2016 and will run up to mid-2017.

Lauren C. Mayhew is considered the hottest ring announcer as well as a singer in Hollywood. Lauren works for a humanitarian cause such as The Alliance for Eating Disorders Awareness, which helps people with Eating disorders and also has an album on her name released in 2006. Her album is called Mayhew which is available on iTunes as well.

The hot actress is reportedly single. There are no any records of her past marriage or relationship with anyone from sports or entertainment. Though she has been seen sharing friendly hugs and drinks with her male co-star friends from textures and many other associated shows, Lauren Mayhew has never admitted anyone to be her boyfriend so far. She has never been married to anyone hence possesses no records of divorce as well.

Lauren Mayhew possesses a huge network of 250 thousand dollars inclusive of all of her TV shows, concerts, and patents for her recorded songs. The actress is estimated to earn more than US $ 70 thousand per month as her salary when compiled all of her Shows and other projects.