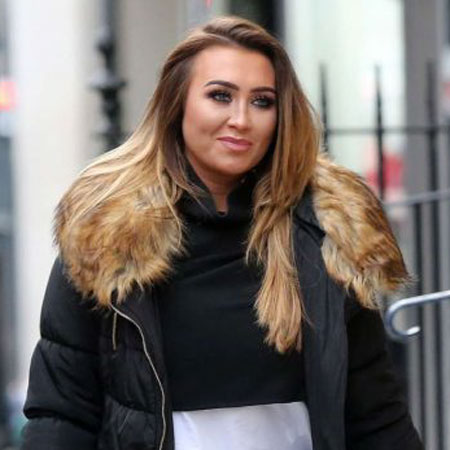 Lauren Gooder is an English television personality, beautician, columnist, media personality, and glamour model, well known for her appearance on the ITV reality show; The Only Way is Essex from 2010-2012.

Lauren Gooder was born on 19 September 1986 in Bethnal Green, London. She was raised in Brentwood, Essex, England. Lauren has three half-sisters named Hayley, Nicole, and Rihanna Goodger, and a half-brother Tony.

Goodger was a former cast member of the reality television programme titled The Only Way Is Essex. In the first two series of the show,  Goodger's relationship with her boyfriend, Mark Wright was presented.

On 4 May 2011, in the series two finale, Goodger dumped Mark and pushed him into a swimming pool. Lauren had also made her guest appearance in the series 16, Christmas Special 2015 before she returned as a regular cast member in series 19.

In 2014 August, Lauren took part in the fourteenth series of Celebrity Big Brother. Goodger entered the house on Day 1, since then, she has been linked with Geordie Shore star, Ricci Guarnacio.

On the fourteenth day, she got the nomination by French and faced eviction.

It was announced that Lauren Goodger has split up with her boyfriend, Joey Morrison. She said that they decided to go separate ways in mutual understanding and became friends. Almost for a year, Lauren visited her boyfriend Joey, who was serving a 16-year long violet drug-related prison.

She was previously in a relationship with her cast-member, Mark Wright. Lauren had an affair for more than eleven years with her ex-boyfriend, Wright.

Goodger was just fifteen years of her age when she met Mark and got separated on 2012.

Lauren Goodger earns a decent amount from her successful career as a glamour model, television personality, beautician, and media personality which makes her total net worth, $ 2.6 million.