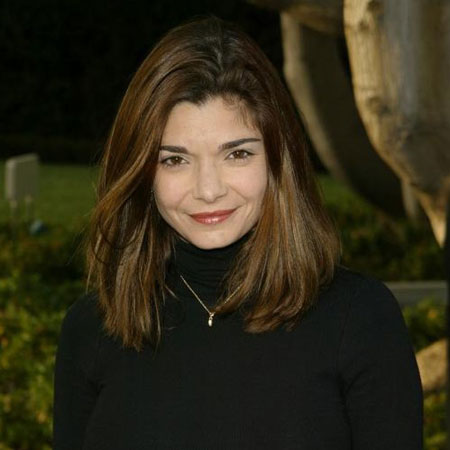 Laura San Giacomo is an American actress, well recognized for her portrayal as Maya Gallo on the NBC sitcom Just Shoot Me!, Kit De Luca in the film Pretty Woman, and Cynthia in Sex, Videotape, and Lies, also other work on television and in films. Giacomo won the 1990 Independent Spirit Awards for Best Supporting Female, and also nominated for Golden Globe for Best Performance by an Actress in a Television Series, and in a Supporting Role in 1990 and 1999.

Giacomo's interest in acting came while she was in Morris Knolls High School. In the year 1984, Laura received a Fine Arts degree, specializing in acting, Carnegie Mellon School of Drama in Pittsburgh.

After her graduation, she shifted to New York and made her appearance in several theater productions, including Gary Marshall-Lowell Ganz production of Wrong Turn at Lungfish in Los Angelos.

Laura San Giacomo made her first appearance on television, on three television series during 1987. Her most notable two appearances were in Crime Story in the year 1988 for the episode 'Protected Witness'.

However, she drew international attention in Steven Soderbergh's Sex, Lies, and Videotape which was also marked as her first film debut as a credited actor. Her hard work in the movie was nominated for a Golden Globe, which led her to receive a Los Angeles Film Critics Association New Generation Award.

She then got an opportunity to play in an array of films including Quigley Down Under in 1990, Under Suspicion in 1991, Where the Day Takes You in 1992 and Suicide Kings in 1997.

In 2001, she landed the lead role in the Jenifer Estess bio-pic Jenifer, aired on CBS. She also did voice work for the animated series Gargoyles.

Laura San Giacomo also made her appearance television and in movies. Giacomo made a guest appearance on various television series. She was also the narrator for the true crime series Snapped: Killer Couples on Oxygen.

In the year 2006, Laura San returned to network television with three guest appearance on the third season of Veronica Mars. And she reunited with a former love interest from Just Shoot Me!, Enrico Colantoni, playing harmony Chase.

Laura San Giacomo's net worth is $6 million at present, which has helped to maintain her luxury lifestyle. She earns a good amount of money from her career.

In the year 1990, the actress was a cast in the movie Pretty Woman which became the huge box office hit making over $463.4 million worldwide against its producing cost of $14 million. In the movie, she shared the screen along with Richard Gere, Julia Roberts, and Jason Alexander. The movie also became the third highest-grossing film of 1990 winning Golden Globe Award as well as got a nomination for the Academy Award for Best Actress.

Giacomo has appeared in both film and television projects, including such films as, "Pretty Woman", "Quigley Down Under", "Suicide Kings", and "Havoc", and such television shows as, "The Stand" and "Fallen Angels".

Giacomo is best known for her starring role on the hit sitcom, Just Shoot Me. She is widely recognized for co-starring on Saving Grace.

Laura San Giacomo is married. She has been married two times. Firstly she was married to an actor Cameron Dye. The two tied the knots in the year 1990 and were divorced after eight years of their marriage in 1998.  They have a son together named Mason Dye (born on 19 Movember 1995).

After that, she married her second husband Matt Adler in the year 2000. San Giacomo is also a cousin of Tony Castellano, who is a former drummer of the rock band named The Donnas.