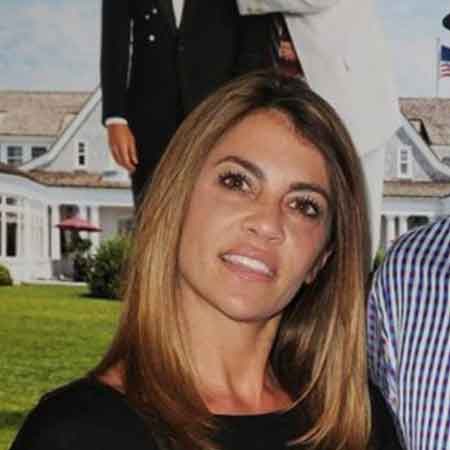 Laura Giaritta is an American woman who owns a sports shop that goes by the name, "2 The Xtreme" in Miami, Florida since 1996. She is famous as the ex-wife of rapper Robert Matthew Van Winker who is known by his stage name Vanilla Ice. They were in a marital relationship for 2 decades before they divorced in 2019.

Laura Giaritta was born on October 18, 1970, in the United State of America. Her father's name is Thomas Giarritta and her mother's name is Elaine Giaritta. She has an older sister Renee Giarritta. Laura does not talk much about her childhood days.

Talking about her scholastic achievement, it has been reported that Laura is currently studying at the Full Sail University in order to obtain her Science Degree.

Laura Giaritta is an American businesswoman who runs a sports shop "2 The Extreme." She is not known to be involved in any other profession and she has been earning a good sum of money through the sports shop. Her ex-husband is a former rapper who has started working in reality TV series instead of continuing his career as a rapper.

Online sources estimate that Laura Giaritta has a net worth of $500,000 as of 2021. She runs a sports shop in Florida since 1996, but a considerable amount of money came through divorce alimony, ending a 22-year long marriage with then-husband & famous rapper Vanilla.

As of 2021, Vanilla (born Robert Matthew Van Winkle) has an estimated net worth of $12 million. Reportedly, he owns 20 Yamaha sportbikes, 15 jet skis, and a speedboat.

Laura also owns two cars which she has shared on her Twitter.

risin and shinin reminding myself to get out and enjoy life to the fullesttoday's be a #FABULOUS day and an even better night pic.twitter.com/n5uZlQnhjT

Laura is living in their old marital home in the Versailles development which is few miles south in Wellington. Vanilla bought that house in 2005 for $716,000. Vanilla is living in a $1.2 million house in the Hunt that is located in the Palm Beach City of Lake Worth.

Why Laura filed for Divorce From Her Ex-Spouse Ice?

Talking about Laura Giaritta's relationship status, she is unmarried. Giaritta is not known to be dating any man at present. However, she was in a long-term marital relationship with her ex-husband Vanilla Ice.

On July 4, 1994, Laura Giaritta and Vanilla Ice met each other at a party which was after Vanilla Ice's career took a nose-dive and he was trying to re-brand himself and create a new image with a funk-inspired rap sound.

On March 30, 1997, Giaritta got married to Vanilla Ice in a wedding ceremony at their Star Island mansion in Miami Beach.

A year after their marriage, the couple gave birth to their first daughter Dusti Rain Van Winkle in 1998, and their second daughter, KeeLee Breeze Van Winkle was born in 2000. The former is studying Bachelor of Science in Entertainment Business at Full Sail University. Years after their marriage, their relationship started to turn cold. They even celebrated their 20th anniversary, however, it didn't work for them and they finally separated in 2011.

Vanilla has been arrested multiple times for a s saulting his wife Laura. When Vanilla was in Palm Beach County jail, Laura attended family therapy sessions. She even accused Vanilla of not being a good father to his daughters and said the father and the daughters weren't close enough as they should be.

Laura filed for divorce from her husband Vanilla in 2016 on her 46th birthday around 24 years after their marriage. In the court papers, Vanilla asked the court for the 50/50 custody of their daughters. Laura even asked for alimony saying she spent most of her life supporting Vanilla to foster his career and rearing their kids, however, Vanilla denied the alimony deal straight away saying she is capable of doing everything herself.

Once, there was a rumor that Laura cheated on her husband with a cast member of the rapper's popular DIY Network show, The Vanilla Ice Project.

Is She Single Now?

Following her separation from Ice, Laura Giaritta has been leading a low profile life as there is nothing much known about her current relationship. Laura has yet to introduce anyone as her boyfriend. She is single now.