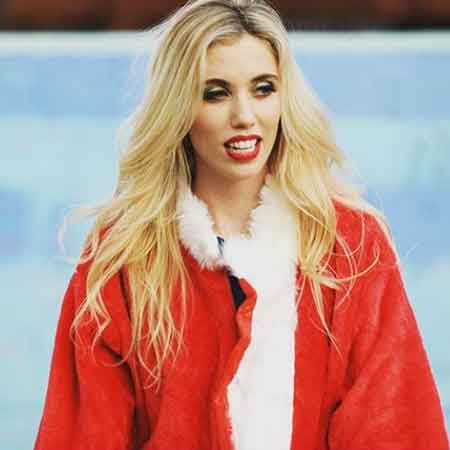 Laura Clery is a famous American YouTube star, actress, and a comedian. She is known for her short comedy skits on Facebook and Instagram. Her original characters in her videos, like IVY, Pamela Pumpkin, and Laura Flirts are loved by the audience. Clery is also known for being the wife of famous music composer as well as a producer, Stephen Hilton.

Laura Clery was born on 22nd July 1986, in Downers Grove, the United States, under the birth sign Leo.

Clery began her acting career, working in TV shows and series in smaller roles. She made her appearance in the short film, Stranded as Loana in 2006 and also starred the in short drama, The Hitchhiking Game.

Co-founder of the hip-hop music label Def Jam, Russell Simmons hired her to be a writer and producer of comedy shorts.

She then made her appearances in several movies like The Big Leaf, The Longest Week, Hungry, 2 Broke Girls, A Mann’s World, 2 Jacks, The League and several others.

Moreover, Clery started making viral internet videos and became a social media sensation. Her video series include, Me Trying To Flirt which was a big hit.

Laura Clery earns a huge amount of money from her appearances in Television series and movies. As of 2018, she has an estimated net worth of $500,000, as per some online sources.

Laura Clery has been in a martial relationship with Stephen Hilton since 2012. Her husband is a composer, record producer and digital influencer.