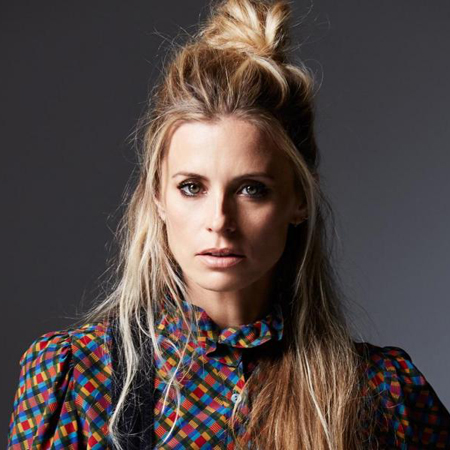 Laura Bailey is an American voice actress who gained popularity after her voiceovers for English-language versions of anime, video games, and cartoons. She is also notable for voicing for the character, Make Albarn, in a 2008 animated series ‘Soul Eater’ and portrayal of Chun Li in 2012's ‘Street Fighter.’

Laura Bailey was born as Laura Dawn Bailey, on May 28, 1981, in Biloxi, Mississippi, USA. She grew up in her birthplace Biloxi, Mississippi along with her family. Bailey belongs to American nationality and ethnicity wise, she is a White American.

Bailey studied acting at the Quad C Theatre program at Collin County Community College in Plano, Texas. At that time, she also made her appearance in productions of ‘Suburbia’, ‘Through a Glass Onion’, and ‘Don't Rock the Jukebox.’

Laura Bailey was discovered by Kent Williams who invited her to audition for Funimation. She portrayed the major character of Kid Trunks on ‘Dragon Ball Z.’ The role she played with a raspy voice.

Bailey was cast for the featuring role of Marlene Angel in the first project of Funimation ‘Blue Gender.’ She also voiced the starring role, Tohru Honda, in the anime ‘Fruits Basket.’ She later voiced Sana Kurata in ‘Kodocha’ and Luts in ‘Fullmetal Alchemist.'

After working for about four years with Funimation, Bailey began directing ADR. She worked on Blue Gender: The Warrior and some episodes of ongoing Japanese detective manga series, ‘Case Closed.’

Bailey later landed her directing skill in a manga ‘Gunslinger Girl’ which was her first major ADR Directing project. She also voiced the character, Henrietta, in the project. After that, she began working as a line producer for the Funimation dub of ‘Shin-Chan’ and provided a voice for the title character.

Bailey also featured in a 3D animated biopunk thriller action film, ‘Resident Evil: Degeneration,’ in 2008. She played the role of Angela Miller in the film alongside Roger Craig Smith and Paul Mercier.

Besides providing a voice for TV series, Bailey also made numerous voice performances in a video game. Her performances include ‘BloodRayne,’ ‘Klonoa,’ ‘Tales of Vesperia,’ ‘Final Fantasy XIII,’ ‘Game of Thrones,’ and ‘Marvel vs. Capcom: Infinite.’ She also voiced in Spider-Man.

Laura Bailey is married to her longtime boyfriend fellow voice actor, Travis Willingham, since 2011. The couple tied the knot on September 25, 2011, in an intimate private ceremony.

Previously, Bailey had also shared a room with voice actor and director Colleen Clinkenbeard while they both were working at Funimation. She later moved to LA, in 2007. After a couple of years, Bailey met her future husband, Travis, and began dating.

The couple got married in 2011. The two are also the proud parents of their son Ronin Willingham, was born on June 28, 2018. They are currently living in Los Angeles.

Besides, Bailey is also quite popular on social media, such as Twitter with 201K and Instagram with 158 K followers respectively. Bailey is also an avid animal lover who has a dog named Charlie. She also posted a number of animal pictures on her social media.

Laura Bailey's Net Worth And Earnings

Laura Bailey is a successful American voice artist who has earned a good amount of money from her career. In 2018, Bailey’s net worth is believed to be more than $1 million, as per some online sources.

In the year 2015, Bailey also voiced the character of Gwyn in the Game of Thrones’ second episode, ‘The Lost Lords.’ The episodic graphic adventure video game, ‘Game of Thrones’ paid around $500k to its cast members.